Mere glimpses of the spiritual beliefs held by the peoples of the North-lands appear in Troll-magic. Lorelin attends a dance in the chapel in her village. So we know the Silmarish have chapels. Kellor mentions Thiyaude when he curses! And Helaina prays to Teyo in her moment of extremity.

You might think that I cobbled together these references as I wrote my story. That’s a strategy that works for many writers. Called just-in-time creation, it even works for me – some of the time! More often, I do my world building first, creating the foundations and important details before I embark on storytelling. I thought you might enjoy reading my notes on North-lander myths, legends, and religion. We’ll start with their creation story. 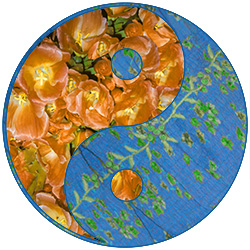 Consciousness Awakes and Elaborates
It was dark. She could touch nothing around her, see nothing, hear nothing. For a moment she felt fear. Then she felt her strength. And rested her consciousness anchored within her strength. As she meditated on her strength and the nothingness in which she existed, she realized that she herself was not empty. She was strong and full of life and richness and love and beauty. She contemplated her bounty joyfully. And then she contemplated the nothingness joyfully. How beautifully paired were her fecundity and the emptiness of the nothingness. She meditated more on this trinity: herself, her bounty, and the emptiness. And as she contemplated her great birthing ahead, she knew it would take all of her strength and skill to accomplish. And maybe more. The first of her birthings must be a helper.

But there need be no hurry. Joy and wonder inspired her devotion. She would engage bliss.

Borne on the tide of her rapture, she flowed through her experience, tasting being and gathering readiness. And then she was ready.

One small portion of her bounty had parted from her and become Other, wholly itself, beaming and lovely. Thee art wanderer, sweet child, the mother whispered. Named Falnon or Faran or Fallon.

The scent of petals that would become roses kissed the mother.

Happy laughter bloomed. I shall travel far and far, but first I shall attend you.

The daughter bent her own strength toward her mother’s advancing labor. Together they danced within the awe of being, and when the moment was ripe, they strove. Ah!

Another portion of the mother’s fullness reached autonomy and became the hand-maiden Nissa. Thee art grace and litheness and ease, my daughter. Welcome.

Movement, rather than sound, heralded Nissa’s entrance: the play of a fountain, the flow of a river, the surge of a sea. Wherever there is doing, there shall I be. Creation and intercourse and exertion be mine. How is it, Mother, that I came not first?

Each of thee is first with me. ‘Tis the mystery of mysteries. Be thee content.

Strength and integrity came next, amidst sensations of pleasure. I am Bree, she announced herself.

Five more coalesced, each in her own characteristic way: a sense of buoyancy; a vast bounty, great as the mother’s own; generosity; the gavotte of intellect; and quiet wisdom.

Last of all came light, so brilliant it might have blinded, and yet they could see one another: fair sisters, each blessed with unique beauty.

Now, my children, now. The greater labor summons me. Let us begin.

And so the vast reaches of space and time came forth to be populated by firmness and fluidity and living creatures, each as separate and amazing as the hand-maidens. With intricacy and forethought, the world was born. With abandon and ecstasy, it emerged. With gratitude, it was celebrated.

All is well, Sias proclaimed. 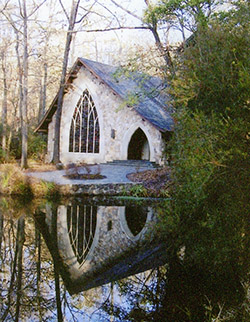 Belief and Practice in Silmaren
The story above is the mythos of Silmaren. As recounted, Sias awakens and births her nine hand-maidens. They, in turn, support her as she creates the universe with all its wonders and wondrous denizens.

In Silmaren, worship focuses on helping one another the way the hand-maidens helped Sias, the great mother. Each month, for nine months, the rituals of a different handmaiden come to the forefront. Sermons emphasize her attributes. The three months of summer are sacred to Sias herself.

Regular services are held in small chapels. They consist of spoken prayer, sung prayer, songs of celebration, the ritual consumption of food, and rituals of light, fire, and water. There is a regular rest day each week.

In addition to the chapels, small shrines abound, each dedicated to a specific hand-maiden. Religious orders focus primarily on healing and scholarly knowledge. 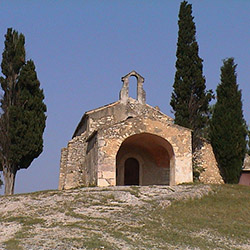 Fiorish
The beliefs of Silmaren adhere most closely to those of the original primitive tribes of the North-lands. Other cultures feature elaborations of this basic creation myth. The Fiorin people believe Sias birthed her daughter Ionan, the muse of wisdom, first. And that Ionan alone supported the mother in her great labor. Sias loves this daughter so much that she gave Ionan the universe to preside over and care for.

In Fiorish, small stone kirks house services to Ionan, and the lay sisters of Ionan are healers. 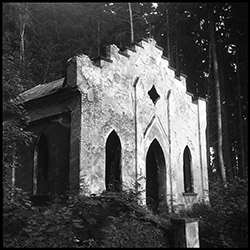 Erice
In Erice, it is Theon and Ionog, brother-sister twins, who are born first. They support Sias, preside over her creation, and care for it.

Temples or fanes are dedicated to twin worship. Trade guilds include a religious dimension and are regarded as religious bodies as much as institutions of production and commerce. 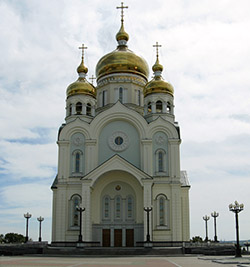 Auberon
In Auberon, Teyo the son, devoted to logic and language, arrives to mediate absolutely between the mother (origin) and her offspring (other). The matriarchal beliefs were transformed completely into patriarchal ways of understanding the world.

Two hundred years ago (in the timeline of Troll-magic), the saint and martyr Jaen Rougepied was born. Her witness re-introduced the importance of intuition and receptiveness to the population. Her life saw great upheaval and turmoil, and wrought great change.

In “modern” Auberon, Jaen Rougepied is regarded as Teyo’s vicar on earth. She was sent by Teyo to return the people of Auberon from the legalism into which they had strayed back toward a religion of relationship. They believe that Jaen sits at Teyo’s right hand, actively relating mortal to deity and deity to mortal. 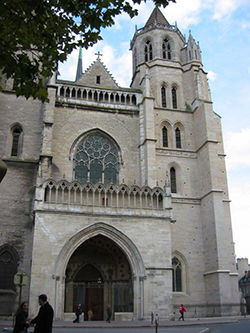 Pavelle
Teyo goes by the name Thiyaude in Pavelle. The Pavanese never fell into the legalism that beset the Auberese, and though they revere Jaen Rougepied, they do not worship her. Their religious rituals feature much grandeur, including rich feasts, expensive perfumes, and elaborate chants. 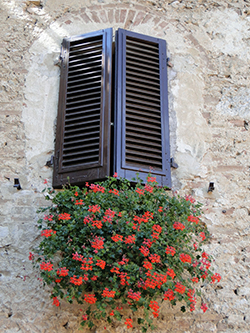 In the Empire of Giralliya, they say the narratives beloved by the cultures of their neighbors are metaphorically correct, but that the most enlightened belivers prefer a less personified account.

Giralliyans remark that there are undoubtably religious peoples somewhere in the world who personify Emptiness, although the believers of the North-lands avoid this.

Antiphoners, trained in both religion and magic, live and practice in retreat centers. The local populace regularly visits these centers for meditation instruction, personal support, and practice of the posture sequences that are part of Giralliyan worship and pursuit of health.

2 thoughts on “A Great Birthing”