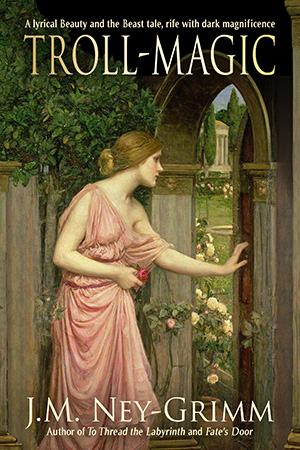 The Norse version of “Beauty and the Beast” is considerably different from the ancient Greek one or the French one. It involves trolls and witches and the icy wastes of the far north.

Troll-magic is my take on the Norse folk tale. I did a lot of fun world building in the course of writing the novel. Check the links below to learn more about the Steam Age North-lands in which Kellor’s and Lorelin’s adventure unfolds.

Who’s Who in Troll-magic
Families in Troll-magic
Bazinthiad’s Fashions
Bazinthiad, A Quick Tour of the City
Magic in the North-lands
Magic in Silmaren
Radices and Arcs
Mandine’s Curse
The Suppressed Verses
Character Interview: Lorelin
The Accidental Herbalist
What Happened to Bazel?
Origin of Canning – Not What You’d Think!