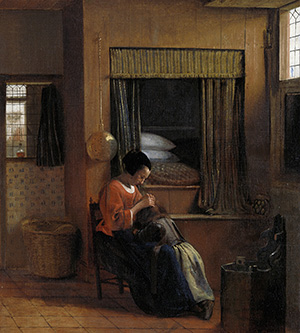 In Sarvet’s Wanderyar, we encounter Sarvet as she lingers in her bednook, cuddling down in the warmth of her blankets, resisting the transition to the cold air outside in the hallway, even while eager for the festivities that the fete-day will bring.

In Livli’s Gift, Livli anoints her hair with oil as part of her bedtime routine while tucked into her bednook.

In Winter Glory, Ivvar’s room at the inn features a bednook as part of its standard furnishings.

And in Rainbow’s Lodestone, the story is presented as fairy tale told by parents at bedtime after they’ve tucked their children into bednooks. 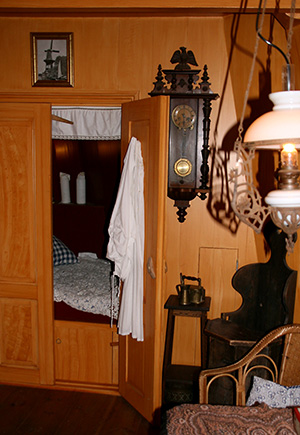 So what is a bednook?

It’s an enclosed bed built into the cabinetry of a paneled room. They were common in medieval times in western Europe. Most dwellings were cold, especially at night when the fires were banked. An enclosed bed was considerably more comfortable than an open one, because its small space could be warmed by the body heat of the sleepers.

Two other advantages accrued to enclosed beds as well.

Livestock were often sheltered within human dwellings, especially in winter, and the enclosed bed protected the sleepers from the animals.

And the enclosed bed could be placed in the main living area, providing privacy without the necessity of a separate bedchamber. 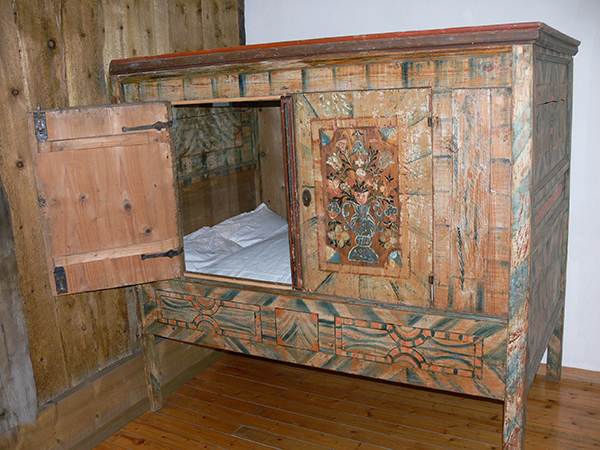 In Britain and northern France, freestanding cabinets often housed the bed. Elsewhere, the enclosure was built into the walls of a room as a sort of closet. I took the latter as the model for the bednooks featured in my North-lands. 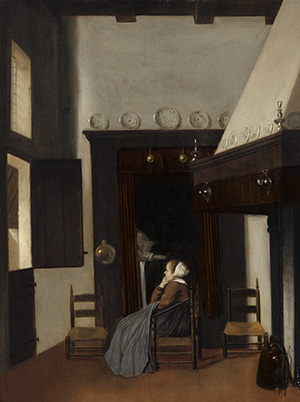 Bednooks are most common in the very northerly regions of my North-lands. In fact, you won’t find unenclosed beds in Silmaren at all. Everyone sleeps in a bednook.

Bednooks are rarer in Auberon, Pavelle, Cambers, and Solmondy, but the freestanding bed cupboards are common.

By the time you arrive in the southern reaches, such as the capital city of Bazinthiad, open bedsteads are the rule, and most folks don’t even know what a bednook is.

For more about the world of the Kaunis-clan, see:
The Kaunis Clan Home
Hammarleeding Fete-days
Why Did the Three Goats Cross the River?
Origin of Canning—Not What You’d Think!
Livli’s Family
Ivvar’s Family
Pickled Greens, a Hammarleeding Delicacy