I’ve written about the social fabric of magic in the North-lands, and about the difference between safe magic and perilous magic, but I haven’t described exactly how it works. I suspect you’ve picked up hints from my stories. At least one reader has said that “the magic is very well done and consistent,” so for her confusion does not reign. That’s good!

But magic is a fun topic, so I want to tell you more about the nuts and bolts, so to speak. Magic’s basis derives from the foundations of “reality” in my fantasy world. At its smallest and most essential, reality in the North-lands is vibration. The tiniest bits of matter are 2-dimensional loops that oscillate the way a rubberband might.

Does this sound familiar to you? Perhaps you’re saying: so that’s why she recommends a book about superstring theory on her blog. Huh! Well, yes. Or really, not exactly. It goes the other way round: I read The Elegant Universe 20 years ago, and the knowledge I gained informed my creative process as I explored my North-lands. I told you about the book, because I think it’s a great book. But it does connect in an oblique sort of way to my fiction.

Of course, in our mundane world, superstrings don’t lead to magic. But in my North-lands, they do! Here’s how.

At the foundations of existence are the oscillating strings. Contained and expressed within that oscillation is energy – energea – the energy of the world’s birth. That energy can be tapped by antiphoners, patterners, keyholders, and the like. The magical practitioner uses his or her own energy network – superstrings which make particles which make all matter and radices and their connecting arcs – to shape the world’s energea and create magical effects. The energea is drawn through the practitioner’s core radices and channeled along the arcs to the releasing radices at the hands or feet. 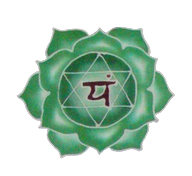 So, what are these radices?

They are energetic apertures within the physical body of a living organism. Humans possess 7 core radices at sites on the torso, neck, and head. Each palm features a radix at its center; each foot, one at the ball, as well as one at the base of each toe. Some disciplines consider the densities at the base of each finger to count as 8 additional radices, others categorize them as mere thickening of the arcs connecting the palm radix to the phalanges. The 7 core radices sit at the crown, brow, throat, heart, plexiform, belly, and root or fundus.

And what are the arcs?

They form the energetic roadways connecting the radices to one another and to the world around the living organism.

Different cultures have different names for these structures. In Silmaren, they speak of keys and spans or bridges. Among the Hammarleedings, it’s roots and branches. The Reindeer People say eyes and breezes. The Giralliyan terms – radices (singular radix) and arcs – are the most widespread simply because of the vast extent of the empire.

For more about magic, see Silmarish Magic and North-land Magic.

For more about the world of Troll-magic, see:
Who’s Who in Troll-magic
Families in Troll-magic
Bazinthiad’s Fashions
Bazinthiad, A Quick Tour of the City
Magic in the North-lands
Magic in Silmaren
Mandine’s Curse
The Suppressed Verses
Character Interview: Lorelin
The Accidental Herbalist
What Happened to Bazel?