A few days before I was due to meet my writer friend Laura Montgomery in Culpeper (for a lunch of Chinese stir fry), she announced that she was christening our meal the Midway Writer’s Conference.

We both chuckled. Can a gathering of two really be considered a conference? Despite our laughter, we gave the question serious thought.

We’re old college friends who lost touch over the years and then reconnected in the comments of the wonderful blog run by Passive Guy, aka David Vandagriff.

We were astonished and delighted to learn that our lives had acquired some curious parallels. She’s the mother of twins; I’m the mother of twins. She’d launched herself into indie publishing writing science fiction. I’d done the same writing fantasy.

How cool was that!

After a bunch of cordial emails and some beta reading for one another, we decided to meet up for a cup of tea. After the briefest of pleasantries—“You look just as I remember you!—we talked writer shop for 2 hours straight. At the next meeting we talked for 4 hours, this time mixing publishing shop in with the writer shop talk.

Our latest meeting was 6 hours, with a focus on the marketing angle of indie publishing.

Yes, these really were conferences. Although this time we actually did manage to talk about our kids. Who knows? Maybe next time we’ll even chat about our spouses. 😉

One of the topics we discussed in Culpeper was the nature of genre and whether or not I wrote epic fantasy. Laura blogged about the question (and our conference), so I’m going to quote her. She said:

We tried to figure out if…The Tally Master was epic fantasy or not.

I was arguing it was. The troll wars rage across the Northlands. Weapons are forged. Our cursed main characters live in a troll tower of monumental proportions. It all seems pretty epic to me.

The hero is a bronze-age accountant. She was telling a small tale. It was a mystery about missing tin, a matter of seemingly little moment.

But, said I, it has large consequences, it’s part of a grand, epic sweep. A light bulb went off in my own mind…

And now I think I’d better send you off to Laura’s blog to read the rest. It’s really not fair for me to steal her audience.

So click HERE and go read. She’s witty in an understated way that I love, so it’s worth the click. I’ll wait while you visit her. Promise. 😉 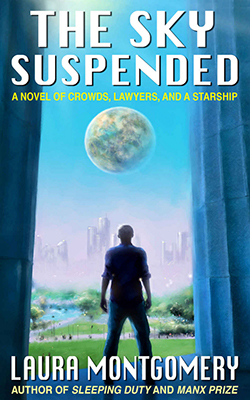 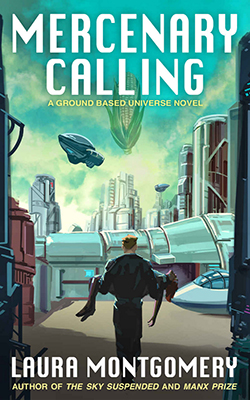 (The Sky Suspended features the patent fight she mentioned. Mercenary Calling presents the mutiny charge in a suspenseful story that also kept me in a ripple of internal chuckles the whole way through. I do love Laura’s dry humor.)

What did you think about her light bulb?

I thought she was clever—and correct—in her assertion that we both like focusing up-close-and-personal on a hero caught in the sweep of epic events.

But does that truly make my books epic fantasy? I know I’ve asked this question before, but I’m not sure I’ll ever be able to decide the answer for certain.

I’d love to know what you think. 😀

4 thoughts on “How Many Writers Make a Conference?”