No, I’m not talking about Roger Zelazny’s Nine Princes n Amber. Although maybe I should be! If ever there were an archetype for castle, Zelazny’s Amber would surely be it: occupying a mountain peak, crowned with ranbows, so vast that it’s a city in castle form. Yes.

But I’m talking about the castle in my own Caught in Amber.

It, too, is vast. It’s part castle, part palace. It was built through the ages, so one wing is medieval, another renaissance, one classical, and yet another eighteenth century romantic.

When I went looking for images that captured the place, I found many that seemed to represent elements of the massive pile that Fae explores, but there was nothing close to the whole.

Instead of giving up in despair, I decided to share a handful of the images along with either my commentary or excerpts from the novel.

The first painting I found, “Two Owls” by Thomas Moran, could easily be a portion of the medieval wing. In Fae’s thoughts: 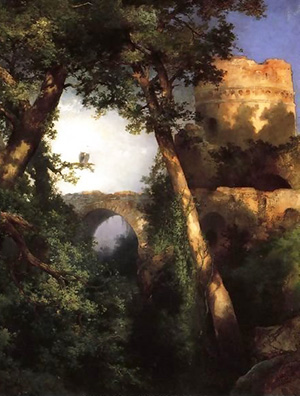 Windows were smaller with round arches at their tops. The thick walls were half-timbered – heavy beams filled in with wattle and daub – or else formed of huge rough gray stones. Massive piers supported the ceilings of large spaces such as the great hall and the place of arms where the knights would have assembled.

Almost, she wished she could see them, in their bright polished armor with their vivid plumes on the helmets. They’d be magnificent.

The central portion of the castle consists of tall white towers with pointed red roofs, the quintessential fairy tale castle. The castle in Disney World is the right shape, but it’s not nearly big enough. However, Křivoklát Castle (photographed here by Svobodat) in the Czech Republic has the red roofs! 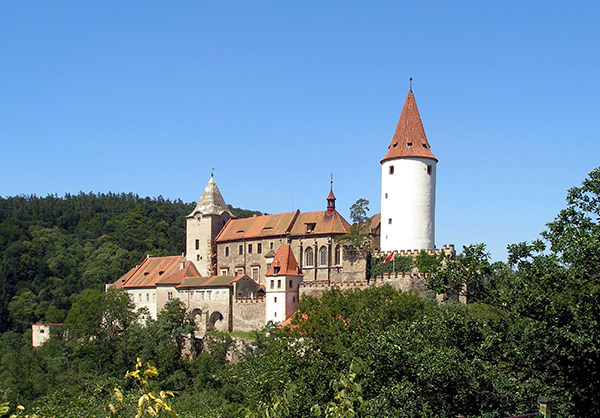 …she noticed a painting on their immediate left, a landscape showing a many-towered castle with pointed red roofs and flapping blue-and-gold pennants. Pleasure gardens, lawns, and an orchard surrounded it. A carriage drawn by four horses approached along the splendid esplanade before the castle’s entrance.

I suspect Fae’s bed chamber might be located in a wing resembling Ardencaple Castle (Scotland) as rendered by James Whitelaw Hamilton. Certainly the gardens have the right feeling. 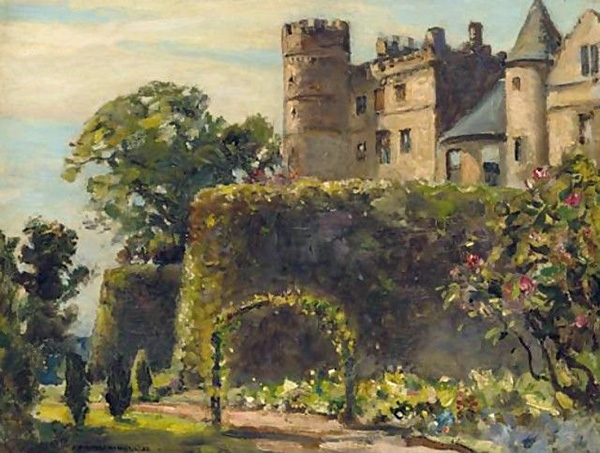 …the doorway of a gazebo with honeysuckle twining up its pillars and massing on its roof. The tan pea gravel stretched away to a low hedge at the courtyard’s border. Beyond the hedge, hollyhocks reached for the sky, their flower-dotted spires waving gently in the still air.

The plume of a fountain splashed in another direction, and two topiary elephants gamboled in another. These were the gardens…

Here’s another view of Ardencaple Castle with a different mood, one more in keeping with the shooting gallery that Fae discovers. 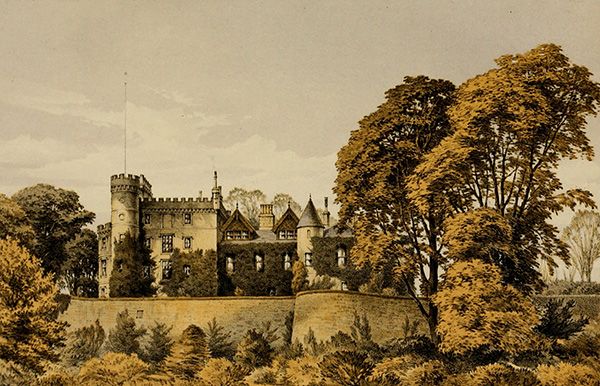 Instead of the white stone typical of so many of the castle’s passageways, this one featured walnut panelling and a parquet floor, combining in its geometric design the dark brown of walnut with red mahogany and blond beech.

Substantial walnut doors studded the walls at regular intervals. Light from the window at the far end of the hall didn’t penetrate far, but the lamp globes – supported on walnut falcon wings – were lit.

Fae could feel the heft of the first door as she opened it. The hinges were solid and well-oiled; it swung easily.

Of course, the complex is as much palace as it is castle. Windsor, as depicted by Alfred Vickers, has a little bit of that palace feel. 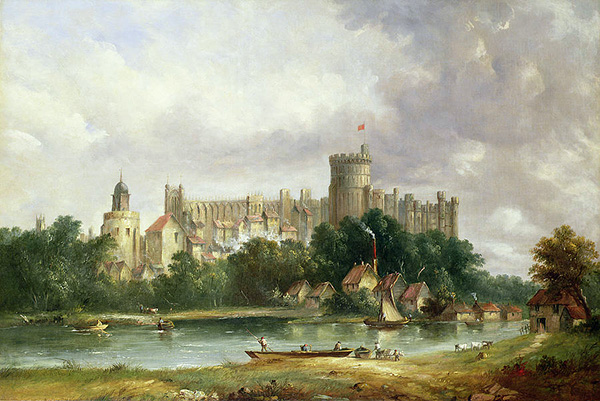 She found the great chamber where the lady of the castle would have slept. Her canopied bed, with massive dark pillars at the corners, was curtained in a rich red brocade, the pattern showing a unicorn cavorting in a flowery mead.

Such a stately private space.

But the Palace of Coudenberg embodies more of the magnificence that I have in mind. 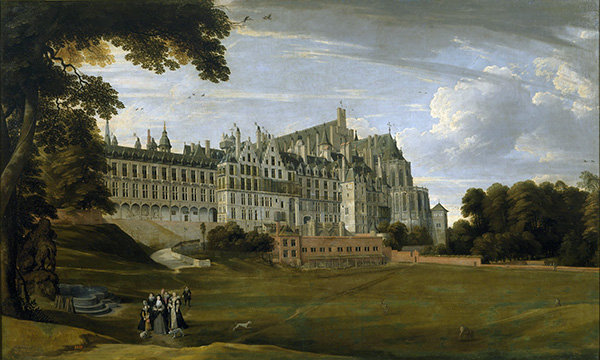 All the spaces beyond the concealed door were very grand: vast in size with tall coffered ceilings and impressive colonnades, connected by broad halls and impressive stairways. These rooms were for show, not use. Receptions for heads of state, audiences for ambassadors, award ceremonies to honor heroes.

Yet most palaces and castles are, in the end, simply palaces and castles. You can walk from one end to other in five minutes. The castle in Caught in Amber is more like a small city in size, something like the fortified French city of Carcassone. Imagine that Carcassonne’s center has as many towers as its guarding walls, and you’re getting close. 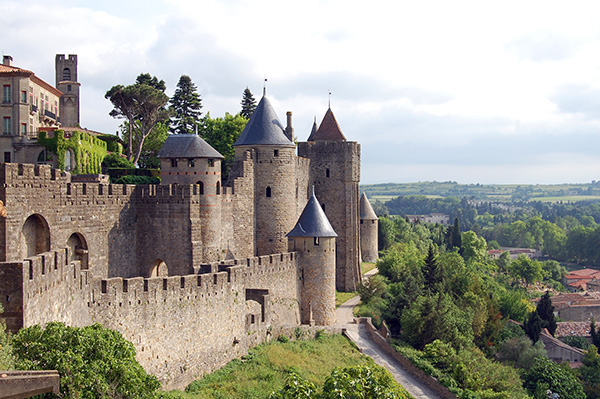 I can see the castle Fae explores so clearly in my mind’s eye. Perhaps one day I’ll commission a modern painter to translate my vision onto canvas.

In the meantime, I hope you’ve enjoyed this virtual tour of my Amber’s castle. 😀