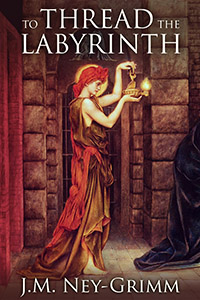 Once more, into the breach!

Yes, I dove into brainstorming the title for Lodestone Tale 5 one. more. time!

I figured the reason I couldn’t settle on any of the titles I’d considered was because none of them were right. It wasn’t that I’d asked too many people for their opinions. (Although maybe I had asked too many.) No. It was because I agreed with all of their objections.

Even though the concept of the labyrinth appears again and again as a motif in the story, it is not the heart of the story. Lodestone Tale 5 is about courage and kindness far more than it is about discerning the reality behind tricky turnings. 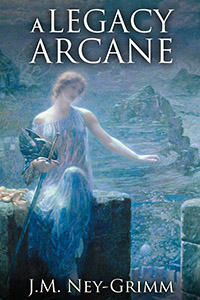 Neither is the story really about a legacy. Yes, two legacies feature in the novel, but that’s not what it is about. Furthermore, the word “legacy” has a weight to it which is all wrong for the story, which filled with hope, victory, and rebirth. “Legacy” does not feel dark to me, but it does feel weighty.

I have come to really like the word “Talisman” in conjunction with my story. Talisman is right! But “Reach” is not. Even if no one would mistake it as referring to a feature of the landscape, it is still wrong. 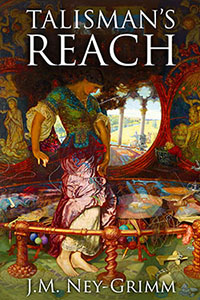 Yes, each of the lodestones in the Lodestone Tales has a long reach through time, but that’s a feature of the series. This individual story is not about that long reach; it’s about what happens between Ohtavie and Lealle. The scope of “Reach” is wrong.

My brilliant writer friend Laura came up with Innocent Trespass. (Really, she’s been doing too much of the heavy lifting with regards to the title for this book. I should be ashamed!)

For several days, I thought this was THE ONE. The book starts off with teenage Lealle trespassing. Lealle herself is not so sure that she does so innocently, but I think the reader will be pretty clear on that. Later in the story, we learn that Ohtavie has also trespassed, also innocently, if not so innocently as Lealle.

When I wrote this story, I’d envisioned it as a standalone. But all of my early readers have requested a sequel to it. My first answer was, “No. Sorry.” But by the time the 4th request arrived, I found myself having ideas for an entire series. I grew excited about what I might do in Book 2, Book 3, Book 4, and Book 5. 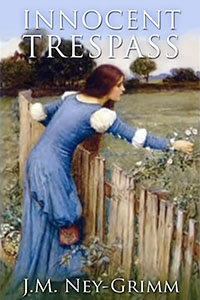 Because Lealle is the daughter of the High Justice of Claireau, there will be an awareness of the law present all the books. (Yes, I am going to write them.) So titles referencing aspects of law would be a fun way to go. Innocent Trespass would follow that theme nicely.

I revisited this question. I needed to stop devising titles that were accurate, but misleading in their focus on a tangent. The heart of my story is the idea that we redeem each other. Even within our mistakes, there is opportunity for us to save one another.

Is there some thing or place or person in Lodestone Tales 5 that embodies my theme and that can serve as the anchor point for its title?

Lealle is central. She stumbles upon the first person she decides to attempt saving, but then through choice goes on to save another chance encounter plus an entire townful of people.

One salient characteristic about Lealle is that she is her father’s daughter. “Daughter” would be a good word to have in my title.

Place did not feel specifically important to my theme. Yes, setting is always important in a story. The people would not be who they are, if they lived elsewhere. The events would fall out differently in a different setting. But, for this story, place was not nearly so important as the action of trespass and the complication of the talisman.

I had three words that felt central. Daughter. Talisman. Trespass.

I’ve read essays about title structures. There aren’t really as many possibilities for the bones of a title as one might wish. (Or, at least, as I might wish!)

It occurred to me that C.S. Lewis’ Narnia Chronicles include quite a few of the possible structures. What if I used them as guidelines?

Well…maybe. But, no. I tried a few variations.

Wait a minute! That last was definitely not right, but it had the same structure as A Legacy Arcane. What if I pulled “Legacy” out, and replaced it with “Talisman”?

The talisman is definitely secret, mysterious, and understood by few. It is arcane. But unlike the weighty word “legacy,” talisman has a lightness to it. It breathes of hope and trust. Lucky pennies are talismans. We keep them for luck, for good fortune, in the hope of a bright future.