Lealle Meridar, the teenage heroine of A Talisman Arcane, is the daughter of a High Justice of Pavelle. Her father presides over the most difficult matters of law arising in the river town of Claireau. As High Justice, he lives and works in a medieval castle made available to he who holds that office.

I modeled the Tour Nileau after a real castle in France: Montbrun. 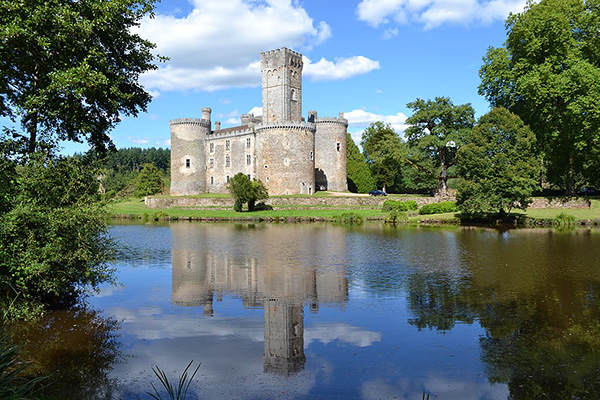 Montbrun has been modernized, so that a family of our twenty-first century could live there in comfort. In my story, I’ve taken liberties with many details, so as to make the building fit the nineteenth century milieu of A Talisman Arcane, and possess the working spaces needed by Lealle’s father.

We first see the Tour Nileau through Lealle’s eyes, when she pauses on a bridge upriver from her home.

Our next view is of its central court, when she passes under the raised portcullis. I wasn’t able to find a photo of the courtyard that I could feature on my blog, but if you are curious, check this link.

Here is a plan of the ground floor. 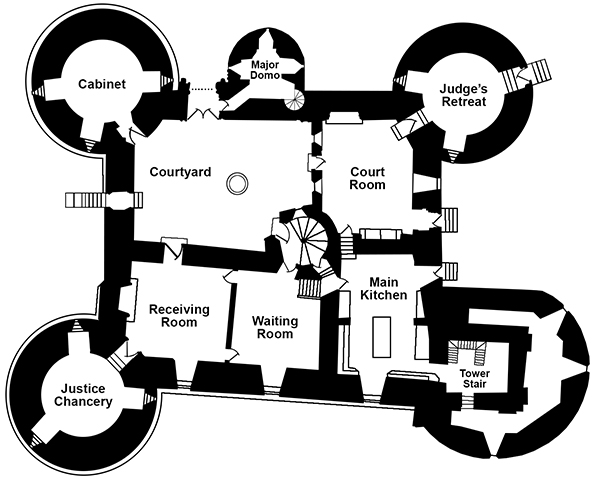 Lealle goes straight up to her bedchamber via the main spiral stair when she first arrives home. But near the end of my story, she has a very important discussion with her father in his chancery.

I’ll be posting more about the Tour Nileau, so watch this space! 😀