I wouldn’t want to live in the Chateau de Montbrun (or its analog in my North-lands, the Tour Nileau). But I’d love to visit for a week! 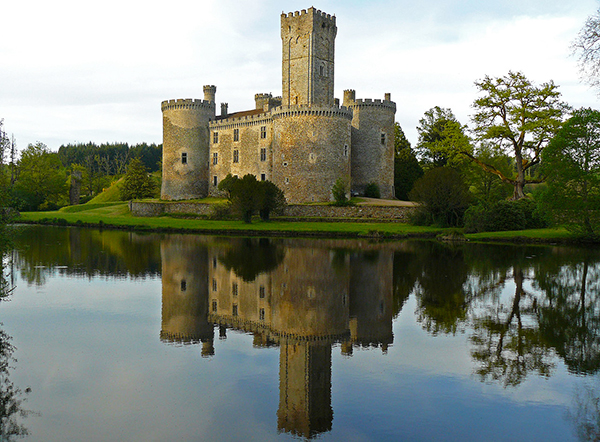 Imagine waking up in a four-poster and getting out of bed to watch the sun rising through the window in the massively thick stone wall of the castle. Climbing a spiral stair to the battlements to get some fresh morning air. Looking out over the beauty of the countryside from that vantage. 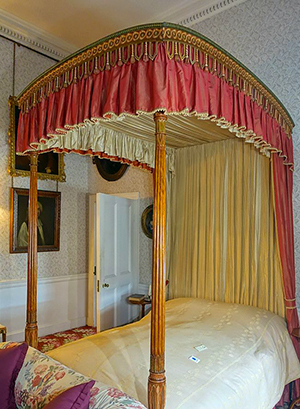 This bed (right) in the fifteenth-century country house of Kingston Lacy has the feel of the one I imagine my heroine Lealle sleeping in.

Although the walls of Lealle’s room would be the whitewashed stones of the castle, not tidily papered plaster!

An early scene in A Talisman Arcane transpires in Lealle’s room. She wipes the mud from her little brother’s shoes, so that their mother won’t know that he’s been playing in the park with a friend despite strict parental prohibition. 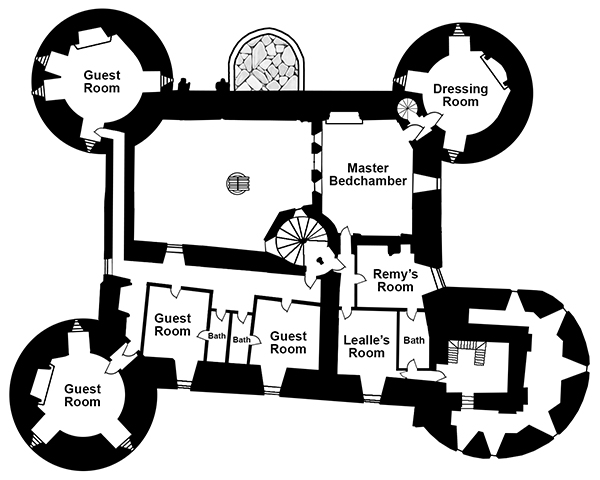