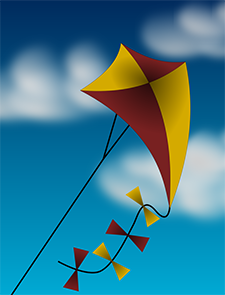 Before I embarked on writing “The Kite Climber,” I possessed only the haziest of ideas for the story I wanted to tell.

It involved kites and civil war.

That was all I had.

I knew very little about man-lifting kites. I knew they existed historically. I knew they’d been used in times of war for signaling and observation. I had this vision in my head of a gigantic diamond-shaped kite with a man lashed to its cross bracing. That’s actually not what man-lifting kites look like, but I didn’t know that then.

Nor did I go seeking such information.

I felt like I needed the emotional heart of my story more than I needed technical details.

I trawled through my memories of my backlist books in hope of finding inspiration, and find it I did in a passage from Troll-magic.

Lorelin . . . embarked on the story of Emoirie’s great grandmere, the remarkable lady who’d saved her village when it was caught between opposing battalions in the Wars of the Tree Wands; and then for an encore went on to boss around the most influential Giralliyan Paucitor of her times. All before the age of twenty years, when she returned by choice to her humble origins and lived happily to become matriarch over innumerable grandchildren.

I loved the possibility of telling the story of Emoirie’s great grandmother. 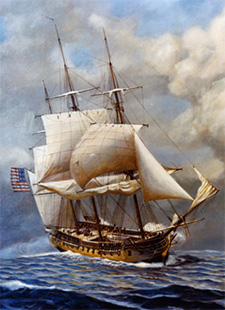 There was only one problem with that, but it was a serious one. Emoirie lives in the Steam Age of my North-lands. Her great grandmother would have lived in the Age of Sail.

The story I wanted to tell took place long before then, at the end of classical antiquity when much of Giralliya was war-torn and falling into the barbarism of the Dark Ages.

I teetered on the edge of dismissing my feeling of inspiration, and then decided I’d be bold and uphold my inner artist. Surely Emoirie’s great grandmother wasn’t the only woman who’d been faced with saving her home when it stood between opposing armies.

I would tell the story of a girl confronted with exactly that circumstance, but living in the violent period of history that I wished to chronicle.

I was so excited by my decision, that I dove right in!

No research, no hesitation, just a quick sweep for names (people and places), and then I began.

I’d imagined starting with the girl who’d been stolen to climb the kite tethers, carrying reports from the man aloft in the kite to the forces on the ground. Instead, I delved into the source of the armed conflict. Only after I’d recounted the story of the three hostile ducal brothers did I turn to Andraia, my heroine.

But it was going well, and I was loving it.

I never did check into the man-lifting kites—not until after I finished the story. 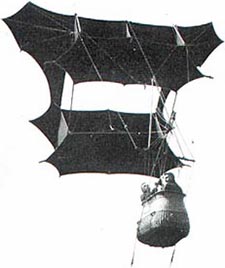 The fighting brothers were all mages—powerful troll-mages. They were more than capable of using magery to give their colossal diamond-shaped kites a boost, if the technical aspects really required more lift than a diamond-shaped kite could provide.

“The Kite Climber” is one story of six in Tales of Old Giralliya.

For more about the collection, see:
Rebirth of Four Fairy Tales
Two Giralliyan Folk Heroes
Tales in a New Bundle