Four of my favorite fiction reads. 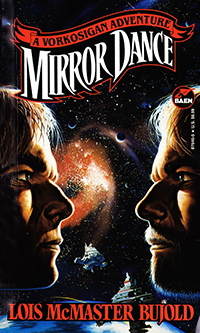 Action marries philosophy! Mark Vorkosigan embarks on a quest as the knight errant he imagines his brother Miles to be. And it all goes horribly wrong. To save both himself and his brother, Mark must confront, navigate, and triumph over the hell lurking within his own soul — a hell mapping his most broken and wounded places — while devising a way to defeat a sadistic enemy. 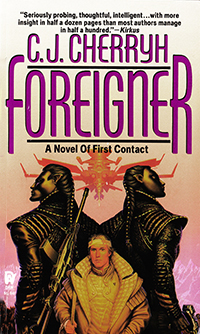 Human mediator Bren Cameron wields diplomacy, wit, and cultural sensitivity to keep an unstable peace. His alien atevi friends wield lethal force to do the same. Will their unorthodox partnership be enough? C.J. Cherryh creates the most exotic and immersive alien culture ever! 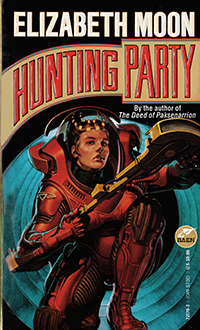 Descendant of admirals, Heris Serrano resigns her military commission under a cloud and accepts the captaincy of a luxury pleasure yacht. Could she sink lower? Even disgraced officers must eat. But Heris discovers that opportunity to confront the enemy while serving something larger than oneself hides in unexpected places. The fox she hunts under Lady Cecelia’s aegis proves wilier than V. vulpes and viler than a mere beast. 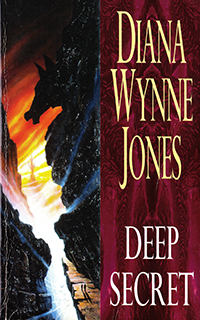 Earth needs three Magids – magical guardians who nudge the right people to do the right things at the right time. Three, but one of them just died. Rupert Venables, the junior-most, seeks a replacement. Unfortunately his top candidate can’t stand Rupert. And, after their aggravating first encounter, Rupert can’t stand her either. If only the other four candidates weren’t worse. And if only the fate of the entire multiverse didn’t stand in the balance. Deep Secret romps from plans gone awry through grievous first impressions to ancient secrets hidden in plain sight.