“Serpent’s Foe” is my own contribution to Quantum Zoo.

She-lion
Born helpless with eyes shut
Her mother moves her cub to a new den
Often, lest scent build up

She-lion
Hunts for her pride while he-lion watches their young
Working with her sisters so cleverly
Stalking, that all may eat

She-lion
Rampant on the shield of might
Couchant in the sigil of cunning
Royal, hear her roar

– hieroglyphic inscription on the fragment
from a forgotten tomb

Abruptly she returned to herself.

Where had she been?

The desert spaces of a dream, hunting as a lioness should? She didn’t know. But this dim-lit vault looked different through waking eyes than dreaming ones.

Why didn’t they sweep the floors?

Sand lay on the flat stone expanse in patches of dusty sparkles. The whole complex cried out for a scouring. Rust coated the iron bars of the cages, from their tops, anchored in the sandstone ceiling, to their bases, sunk into rock. Dung decorated the corners.

And the carcass of her last meal rotted against the bars separating her from the jackal next door. That black-coated beast gnawed at the bloody remains, his snout poked through a gap.

Fah! She lifted her forepaw fastidiously to lick it clean.

Movement diagonally across the broad corridor caught her eye. Another feline – a cheetah, not a lion – paced.

This is no place for me and mine. I, who carry the sun in my eyes by night.

She was caged, she who was meant to be free.

Who had perpetrated this outrage?

She shifted the bulk of her feline body, feeling the press of the cool stone floor against her flank. She lay in the exact center of her square enclosure, avoiding the bars – cold and radiating evil.

She’d been hunting, surely. Before she woke to this zoo. Or was she dreaming now of her imprisonment? 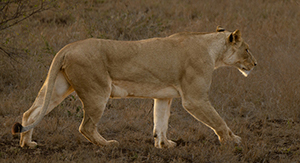 In her earlier dream, the grey shades of moonless night had enfolded her.

Tall strands of sun-dried grasses rustled in the almost-not-there breeze, brushing against her pelt. The bass rumble of bullfrogs mingled with splashing sounds. A rank smell of river mud crept close to the ground, closer than she.

Her limbs were made for crouching, for stalking, for lunging from cover.

The faint scent of her prey traced through the cool air rising off the Nile.

Not ibis. Not hippo. Not croc.

She lunged, hindquarters powering her forward, fore claws outstretched, ready to rend as she batted her meal to the ground.

Its nest lay empty – a trammeled area of matted reeds where the red deer had slept.

Now it fled, zigzagging, its tail a flag in the night.

She gave chase. I will feast!

Her muscles bunched, then extended, driving her close.

The smell of the creature’s submission lent her strength, transforming the draining pain of her hunger into her pounce.

And then the very air lay empty.

No spoor on the mud. No scent on the breeze. No thud of panicked hooves in the ear.

From where would her feast come now?

Yet not all scent had vanished.

Behind her, a fresh aroma threaded the night: musty, dry, a whisper of fear.

She, the hunter, was hunted. The knowledge shivered through her empty belly.

All impulse to slacken her pace vanished as utterly as the deer. She raced onward, fleeing the riverbank, fleeing her pursuer.

What would hunt a lioness?

And toward what end?

Her breath came hot in her mouth and heaved her flanks. She was no horse, meant to race from river mouth to first falls. A sprint, not the marathon, was hers.

The mud grew dry and cracked under her paws, grew sandy.

She slackened her speed. Had she outrun that which chased her?

A rattle of the reeds behind galvanized her anew. Amon Ra! That she should come to this!

The desert sand provided easier running as she spurted for the Valley of the Kings.

I will escape my hunter and then defeat him. I, who protect the gods themselves, will do this.

The next moment she awoke. Or did she dream again? Which was it?

Gah! This confusion of sleeping and waking plagued her still. And another hunt failed! Her belly stabbed her.

The jackal, her neighbor, barked back and retreated to the far corner of his cage.

This is the dream, this underground place. I’ll close my eyes and wake where I belong!

Snarling again, she lowered her lids. The smells of the menagerie – her lioness nostrils could distinguish each one – would vanish like the red deer.

The dank, dirty water of the crocodile’s lagoon in the cage immediately opposite hers.

The musk of the fox, asleep within a hollow log on the stone floor of its enclosure, next to the croc’s.

The tainted rot of her own abandoned meal, the carcass pushed aside for the jackal to gnaw its bones through the bars.

Where was the incense, pungent and resinous, wafted from the censors of her priests? Where the perfumes, dabbed on the pulse points of her priestesses? This was no fit abode for her!

My wrath will vanquish you, my captor. Oh, be afraid.

The friendlier, clean warmth of the cheetah pacing the cage on the other diagonal drew her eyes open again.

She flowed to her feet and approached the front of her own cage. The bars were cold, so cold. What would happen, if she touched them? Would she grow equally cold and dead? Turn to stone? Pass into sleep?

You! She demanded of the cheetah. How did you come here?

But only a third hissing snarl emerged from her mouth.

Who had done this to her? Taken her speech? Taken so much?

The cheetah ignored her hiss, turning abruptly at a cage corner to pace back the other way. Iron clanged on iron, and the cheetah gave the dry cough of her kind. Reaction, no doubt, to brushing the burning chill metal.

Fah! I am the sun carrier! These beasts will heed me! Say I so!

She glared at the cheetah. At the snorting bull beyond the jackal. At the mantling falcon in the cage at her other side. Its wings batted the still air – foomph, foomph – and then folded close. The scents of the menagerie swirled.

You must be my allies, my servants. Mine! To find the door from this place into the night, dark and clean.

Somehow she would compel them.

Without words, without power, without freedom.

My will shall suffice. 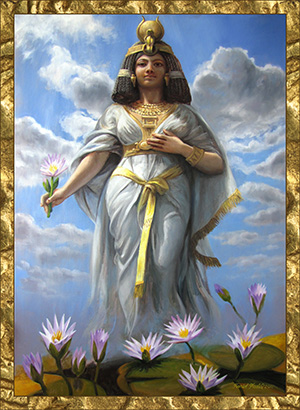 She retreated from her bars, lounged down to the sandy floor, and defiantly closed her eyes.

I shall awaken now.

Blinking, she stared down at womanly arms. Hers. Stared further at the sheer linen shift rounded by breasts. Hers. Followed the fabric folded across her curving lap to the vivid green matting on the alabaster floor.

I am woman. Not feline.

To read more of “Serpent’s Foe,” pick up a copy of Quantum Zoo.
Amazon.com I Amazon UK I Amazon DE I Amazon ES