R.S. McCoy wrote an intense tale about the monster under a little girl’s bed. Her story appears in Quantum Zoo. I present its opening here.

She’s coming. I could always tell when she neared. A strange thumping noise would erupt from my chest, starting low and quiet until it had moved up into my neck. An automatic smile would sprout across the blistery skin that graced my jaw.

The soft thuds of her feet grew steadily louder as she made her way up the stairs. The absence of the second, heavier set revealed she was alone. Finally.

I had waited all day, just as I did every day, for the sun to go down and the girl to make her way up. Her footsteps stalled just outside the door a moment before the brass knob creaked as the small hand turned it. A dim light broke into the room for the brief moment before she shut the door behind her.

“Pan?” she whispered, inaudible but for the vibration of muscles in her mouth. She asked as if she wondered if I was still there, although I didn’t know why. I would never, ever leave her.

“Is it safe?” I asked in return. Exposure must be avoided. 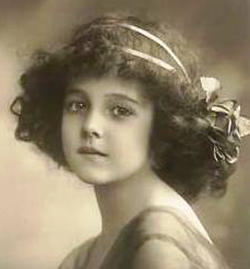 I reached out one disgusting clawed hand to pull my body closer to the edge until I could just make out her shape in the darkness above me.

“Come on.” She reached out her own petite hand to pull me up. The metal frame scraped the skin along my spine as I rose but I was careful to keep the pain from my face.

A small flame appeared and landed on the wick of a candle. “I’m sorry you had to wait so long. I know you hate it under there.” Her face was especially sweet in the dim candlelight, a dark tendril of hair fell across her face.

“I don’t mind,” I replied honestly. There are worse places to be than under her bed. I had only flashes of memory from the before, but they were enough; I would never go back as long as I could help it.

“Here, I brought you something.” She held out a small object, but I knew what it was before I even caught sight of it. She brought me one every time.

“You went again today?” I asked, attempting to hide my envy. There was nothing I wanted more than to go with her.

“Father says I can go as much as I like.”

What father said about the zoo was no secret. She said the words every time she went. The carved wood animal was placed into my palm.

I could only hope she was right as I marveled at the tiny creature in my hand. It appeared to be some kind of cat, but the teeth were long and sharp and it wore a thick patch of fur around its neck. And it had a tail just like mine.

“What do you call this one?” I asked as I clumsily turned the carving over in my hand as well as my thick, clawed fingers would allow. Yet again I wished I had ten small, capable fingers instead of the four useless ones I possessed. 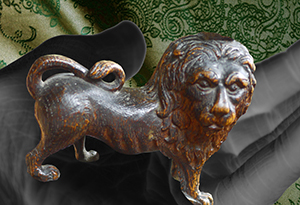 “Lion.” I repeated, rolling the word around my jaw and savoring the taste of it. If only I could see it for myself.

I leaned down a bit so we could both look at the carving together. A strange feeling welled up inside me when I realized she had picked it out especially for me. She recognized the same tail and didn’t think it disgusting. Maybe I would really get to go with her someday.

To read more of “Demon Rising,” pick up a copy of Quantum Zoo.
Amazon.com I Amazon UK I Amazon DE I Amazon ES