I first read “The Museum of Modern Warfare” by Kristine Kathryn Rusch long enough ago that I can’t remember where I encountered it. It might have been included in a bundle sponsored by StoryBundle, but—then again—it might not.

Regardless of where I discovered the story—which isn’t really very important—it stayed with me. It’s a powerful and moving narrative, so I was delighted for the excuse to re-read it when I learned it was included in the Remembering Warriors bundle. 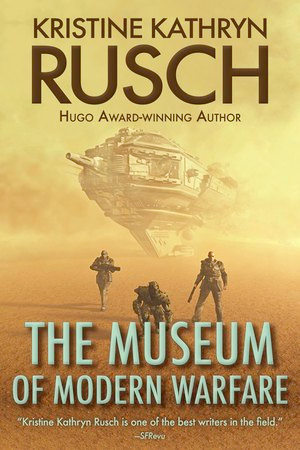 When the Ambassador to the Dylft System—a veteran of the Dylft Wars—receives orders to lead a diplomatic mission to Craznaust, she wonders at the wisdom of accepting the assignment.

Still, when she arrives at the controversial Museum of Modern Warfare, she believes herself prepared to face the past and address whatever diplomatic issue she might find there.

But nothing could prepare her for what she finds deep within the museum. Something long buried. Something that could change everything she thought she knew about the war.

Winner of the 2015 Analog Anlab Award for Best Short Story.

“The Museum of Modern Warfare” is a deeply internal story, compelling and immersive. We are embedded so firmly within the thoughts and feelings of the ambassador that we never even learn her name. And we don’t need to. Her experience as a veteran of war is the centerpiece here. In a sense she is everyman or everywoman who has fought and lost pieces of herself and survived.

As the narrative progresses, we learn the specifics of what made her military posting to Craznaust so challenging, how the planet eroded the sanity of many serving there, and why the ambassador accepted a return to that environment on a mission of diplomacy.

At the heart of the story, we discover a personal secret the ambassador buried so deeply that she’d forgotten she held it—along with the revelation of a universal truth about grief, mourning, and reconciliation.

I enjoyed the story very much, primarily because of how flawless was the illusion it created that I walked in the ambassador’s shoes. I felt like I was her, that I felt her feelings, thought her thoughts, experienced her experiences, and received the gift of her personal internal revelation.

10% of the royalties from the Remembering Warriors bundle will go to the Royal British Legion plus another 10% to Help for Heroes, two charities that support wounded and ex-service personnel and their families, in commemoration of the World War I centenary.

Comrades in Arms by Kevin J. Anderson
Outside the Walls by A. L. Butcher and Diana L. Wicker
Norman Blood by Barbara G.Tarn
The Rise of a Warrior by Harvey Stanbrough
Total War by Russ Crossley
“Resonant Bronze” by J.M. Ney-Grimm
Siren by Blaze Ward
“The Museum of Modern Warfare” by Kristine Kathryn Rusch
Nothing for Nothing by Harvey Stanbrough
“The Rescue” by Blaze Ward
Soldier, Storyteller by Linda Maye Adams
“Heroes of Old” by Russ Crossley
With a Broken Sword by Stefon Mears 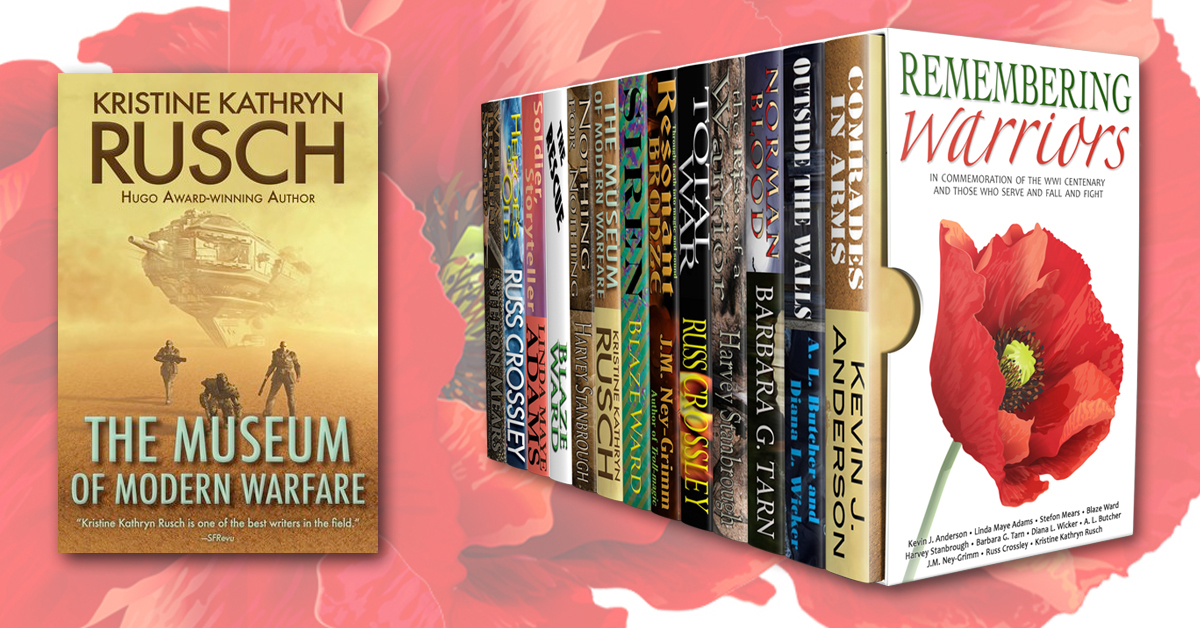 The Remembering Warriors bundle (with 13 titles, including “The Museum of Modern Warfare” by Kristine Kathryn Rusch and my own Resonant Bronze) is available at Amazon, Barnes & Noble, Kobo, iTunes, or direct from the BundleRabbit site.