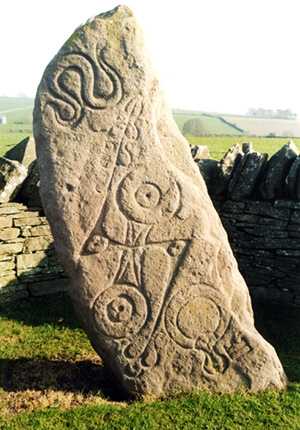 I was very late to this party.

For decades I thought of Celtic culture as located in the British Isles. You might tour Scotland to see sites and artifacts of the Picts and the Gaels, or Ireland to hear Celtic music, or Wales to visit Celtic burial mounds.

I remember I was confused when I saw that the album notes in Loreena McKennit’s The Book of Secrets referred to her exploration of Celtic music in Spain and Morocco. “There were Celts in Spain?!” I thought. “That makes no sense!”

Yes, I was clueless. I did enlarge my idea of where Celtic culture might be found on the globe.

But it was not until my heroine in Fate’s Door was due to travel across Európi that I adjusted my skewed view to mesh with reality. Why I didn’t remember that the ancient Greeks referred to the tribes north of the Hellenic penninsula as Keltoi, I’ll never know.

No, that’s not true. I have a terrible memory. Of course I didn’t remember a detail like that.

The moment Nerine set off from the Isles of Pelagie (the three islands in the Mediterranean between Italy and Tunisian), I started researching. First the geography around Mount Olympus, because she would come to land there, and then the Keltoi living in lands both north and south of the Danube.

Imagine my surprise when I discovered that the origin of the Celtic peoples was in central Europe in the 8th century BC. I studied various maps showing the spread of their cultural ideas, expanding slowly from what is now Austria, to encompass France and Hungary, and – eventually – Persia, Spain, and then the British Isles. 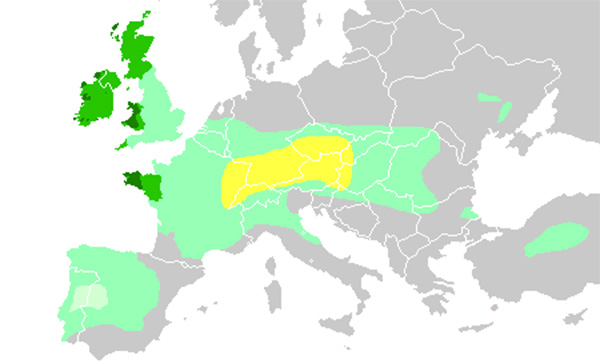 Once Nerine reached the Great Morava River (the Moirios), she would be traveling through the lands of the Keltoi, the Keltic tribes. And she would not leave the Keltoi until she crossed the Carpathian Mountains.

So what about these Keltoi of Európi? What were they like? There’s a fair amount of archeological evidence from which to draw knowledge. 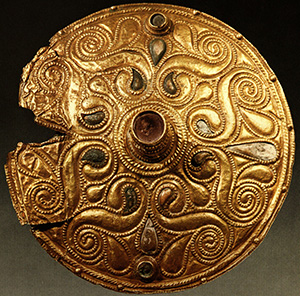 They possessed the fiery temperament one associates with the Celts, liking a good fight, and some portion of them were red-headed. More were blond. They wore plaid cloaks and golden torcs. They used spiraling patterns or decoration on their jewelry, weapons, home furnishings, and grave goods. In fact, they were recognizably Celtic, even to my modern eye.

The ancient Greeks viewed the Keltoi as barbarians, yet their cultural mores were not barbaric, but rather remarkably civilized. They possessed a monetary system, they maintained extensive trade routes through their territories and traded tin, lead, iron, silver, and gold for amber from the north, silk from the east, and copper from the Aegean. Women’s roles were less circumscribed than for their counterparts in Hellenic society, some of them pursuing warrior’s training, a few even holding power as kings.

Pliny credited the Keltoi with the invention of soap, saying that they cleansed themselves regularly and often – but with soap and water rather than oil and strigil. 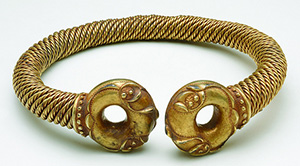 They were sophisticated enough to have evolved differentiated social classes: a warrior aristocracy; an intellectual stratum including druids, poets, and jurists; and everyone else.

Of course, what primarily interested me were the elements that my heroine Nerine would notice. What did their houses look like? What clothes did they wear? What hospitality would they offer guests?

I discovered that one of their gods, Lugh, was equated with the Hellenic Hermes, the god of trade, roads, and travelers, among other things. Since Nerine was traveling under the protection of Hermes, this seemed an excellent motive for friendly relations between her party and the Keltic leaders, especially since the Keltoi engaged in trade so thoroughly. 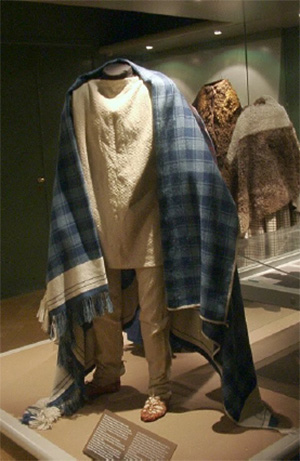 The Keltoi wore clothing woven of wool and linen and, sometimes, among the wealthy, silk. The weave of the fabric was often very fine and even. Men wore tunics and trews, the trews sometimes footed, to cover the feet as socks might. These inner garments might be either solid or plaid, but the cloak worn over them generally was plaid. In especially bitter weather, another cloak of sheepskin went atop the wool cloak.

Nerine’s travel garments were modeled after those recovered from the Thorsberg moor, fine garments deposited as votive offerings, but likely of the quality worn by kings. The Thorsberg tunic and trews were solid cream, while I made Nerine’s a soft plaid of white and cream. The Thorsberg cloak was woven in blues, Nerine’s in greens. 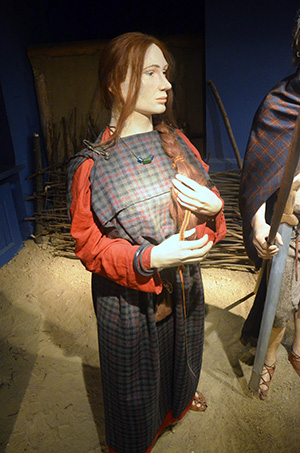 Keltic women wore dresses or a tunic and skirt, often with a plaid scarf pinned by a brooch. Like the men, they donned a light wool cloak in summer, a heavier one together with sheepskin in winter. Both men and women wore belts, leather for ordinary folk, braided gold or silver for the nobility. Boots were rare, but carefully fashioned leather shoes, common. Women wore trews when they rode horses.

I found two reconstructions of Keltic dwellings. The one – in Havranok, Slovakia – features log walls and roofs seemingly formed of stacked twig bundles. I took this style for my Keltoi living in the lands south of the Danube along the Great Morava. 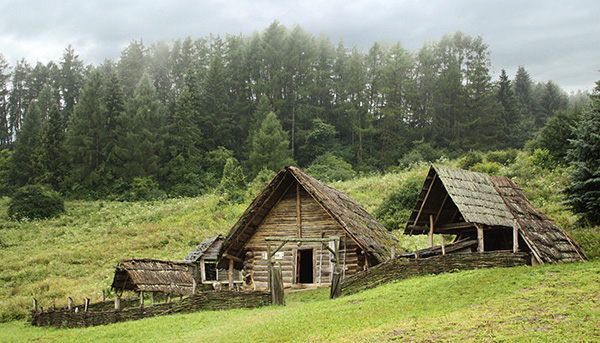 The other style – from a reconstruction in Altburg, Germany – showed half-timbered walls, with panels of plastered wattle-and-daub, and thatched roofs. I took these buildings as models for the Keltoi villages north of the Danube along the Tisza River. 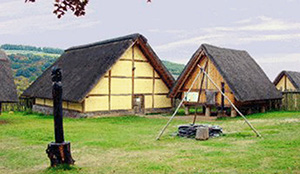 All of the Keltic settlements were clustered around the hill fort of their chieftain or king.

The Keltoi as a people venerated hundreds of gods and goddesses, because their gods tended to be local: the deity of a particular lake or spring or grove. River goddesses were particularly popular, and thus the goddess of the Danube would have been honored by many tribes. Certain skills – such as smithing, the use of weapons, and the gift for bardic poetry – were also believed to possess an animating divinity, giving rise to gods such as Lugh, reputed to be many-skilled.

Nerine arrives at the settlement of the Keltic high king on the day of Lugh’s festival and participates in the celebration, much of which enchants her, although its conclusion disturbs and disgusts her.