I’ve had a setback. Gotta say that I’m not happy about it.

My qigong practice was going so well. The weight lifting with my son was fun. And the myofascial release on my hips looked to be heading me toward the ability to take long walks. I was thrilled! 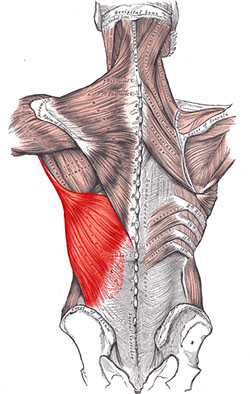 And then it all fell apart.

My middle back seized up. Badly.

The pain was severe enough to keep me in bed for two days. Now it has eased some, but not much more than will allow me to move around the house very carefully.

The day after my back seized, my right foot also went wrong. I’m limping painfully when I walk from room to room.

I think I know what happened.

Everything in the body is connected. When you change the alignment of one section, the parts upstram and downstream from that section have to adjust.

My hips have been misaligned for a very long time—years, probably decades. Which means that my middle back, directly upstream from the hips, was adjusted and acclimated to those misaligned hips.

When I started doing myofascial release on my hips, it began to change their internal alignment. That change really eased the pain in my hips. Which meant I chased the pain relief aggressively. I spent longer intervals on the Miracle Balls. One day I did two sessions (one morning, one afternoon) of myofascial release.

And the next day, my middle back seized up. It just was not ready to make the changes that it would need in order to work smoothly with my realigned hips. 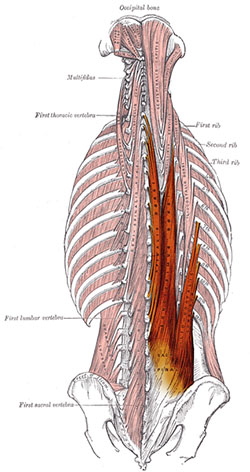 I’m less clear on why my foot deteriorated so suddenly, but I figure it has to be related. Perhaps the leg muscles downstream of the hips adjusted to the changes in a way that stressed my foot. Perhaps the way I’m walking with the seized-up back muscles puts undue stress on the foot.

Certainly I’ve had foot trouble for decades. It’s just that it had been greatly improved during the last 3 years.

Well, I’m finding that standing in the qigong stance (just standing) helps those seized middle back muscles release a little. So I’m doing that, and also trying to move gently around the house some.

I’ve also returned to doing some myofascial release, especially on my foot directly.

When my back recovers—when the pain finally ebbs—I will return to weight lifting and perhaps three reps on the qigong Eight Brocades. And then I will move forward much more gently.

Never more than one session of myofascial release in a day. Stay at 3 reps on the qigong. (I had reached 5 reps when my back and body failed.) And if I am able to start taking walks, I will keep them very short for many weeks.

I know the osteopath I’ve seen for my joint problems was always very conservative in the adjustments he did on my foot and back—never too much at one time. Clearly I need to follow that guideline!

Send healing thoughts my way, if you feel so inclined. My aching body could use some help!

For more about my experiences with chronic pain, see:
Conquering Back Pain
Tackling Hip Pain