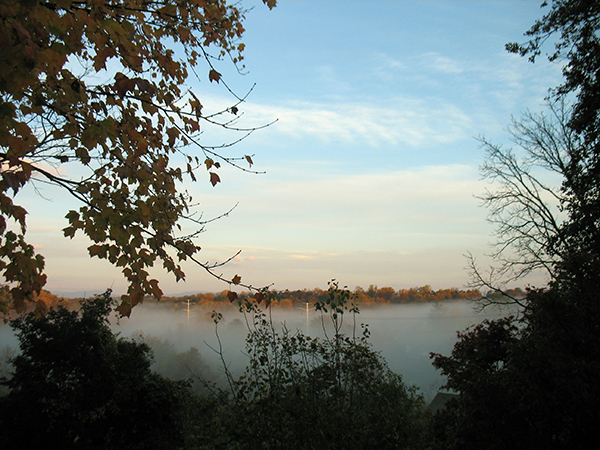 So, how am I doing in the wake of my mother’s death? It’s been four months and some days. Has there been any healing in my grief? Any at all?

And what about my writing? That progress bar at the top right of my website has not budged even one pixel since October 7, 2017. When will I begin writing stories again?

Then there are my blog posts. They’ve been nothing but reviews of different stories in bundles punctuated by sad poetry.

What happened to the recipes? My latest discoveries about nutrition? Various health tips? Cool bits of history unearthed in my research for stories inspired by cultures of the past? Publishing tips?

For all those of you who have been wondering, I will attempt to answer some of these questions. 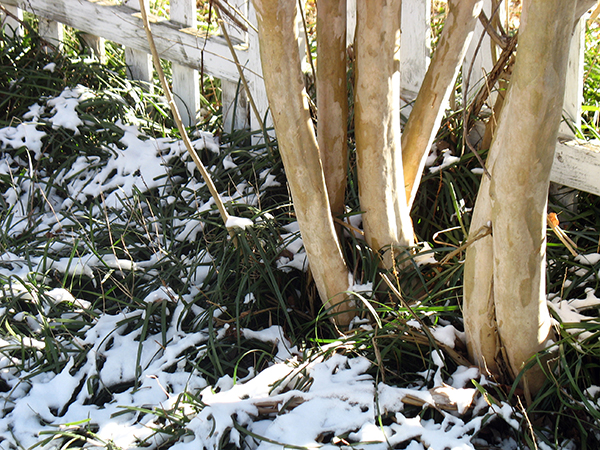 My Journey in Grief

I’ve heard that it commonly takes a year before one finds one’s balance after the death of a loved one, and my emotions continue to be something of a roller coaster.

I have many moments of missing my mother desperately and longing for her presence. I go through intervals of gloom and discouragement. Sometimes I am angry for no particular reason at all.

But I’m also experiencing some intervals of happiness, along with many hours in which I am simply focused on the things that need doing that hour and that day.

My sense is that I am progressing through my grief in a way that is healthy and normal for me.

That sounds very simple, but making that transition is surprisingly hard. For the longest time, I was afraid that I might call my father on the phone and ask him to put my mom on, because I wanted to talk with her.

Now my heart is beginning to accept what my head already knows. This world, my world, is one in which my beloved mother no longer lives. I cannot call her on the phone. I cannot visit her and hug her. I can no longer hear her voice in my ears as she speaks. I feel like I am beginning to know that in my heart.

I have more progress to make. It will be some time before her memory will be a blessing, as some express it. Right now her memory brings me only pain, because it reminds me of my grievous loss.

So I am in the middle of grieving, making progress in healing, but with quite a bit more to come.

But there is one other marker of progress that I can speak to.

I can now think with some degree of cogency.

I couldn’t for most of October and a good bit of November. Initially, I couldn’t even hold two thoughts together at once. The only reason I managed to do all the various tasks that needed to be done in the week between her death and her funeral was because my dad kept a list, and we crossed off each one as I did it, added more tasks as we thought of them, and made notes on tasks that ran into complexities.

And even when my memory improved, I still was not thinking straight. Reasoning my way through challenging life puzzles (of which I had a few) was nearly impossible. I simply could not do it. Everything had to go on hold, or else someone other than me had to do it.

Now I can think again. Although I estimate that I’m holding at about 90% of capacity. I still don’t have all of my brain power back yet. But I can work with what I’ve got. 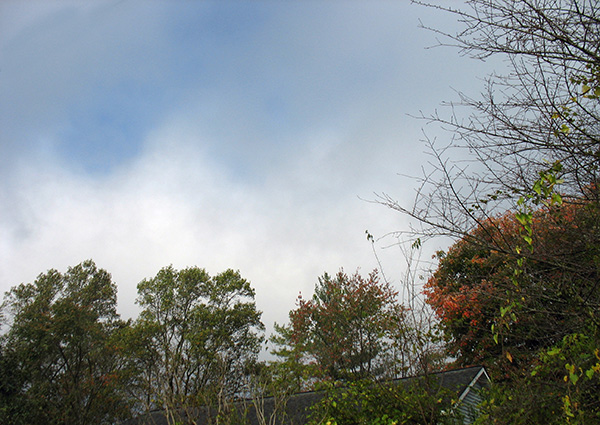 That lack of brain power meant I skipped blogging for all of October. When one cannot think, one cannot write blog posts.

I could write poetry expressing my grief and sorrow. In fact, it was therapeutic to do so. I couldn’t manage to cry much, and my sadness seemed to clog within my body like a plug of congealed pork jelly, heavy and aching and painful. Poetry helped moved the agony through me and out.

Once I’d written the poems, I wanted to share them, because even the idea of posting anything else felt disrespectful to both my mom and my own feelings of loss. I just had to do it, so I did.

When the MYTHIC TALES bundle released, I really wanted to at least let you all know about it. That post, written when my brain still mostly was not working, was incredibly hard to pull together. But there were so many good stories in that bundle. I didn’t want to let my fellow authors down by failing to mention it. And I didn’t want to let you down by failing to notify you of its release. So I pushed myself, and managed to get that post written.

That bundle was in its planning stages through the summer, and I’d envisioned myself interspersing my normal blog posts (on Fridays) with bundle posts (on Wednesdays). But following my mom’s death, I could not write my normal sorts of posts. So you received what I had in me, which was bundle posts and poetry.

I don’t intend to go on that way indefinitely. But neither can I put a date on when I’ll be capable of delivering up my usual repertoire.

I can say that I’m developing a strong desire to tell you all about the Whole 30 (which I’ve been doing for more than a year now), to give you part 2 of the vitamin D post I promised so long ago, and to share some new developments on the publishing front.

Those posts will come. But not quite yet. I must beg your patience for a while longer. 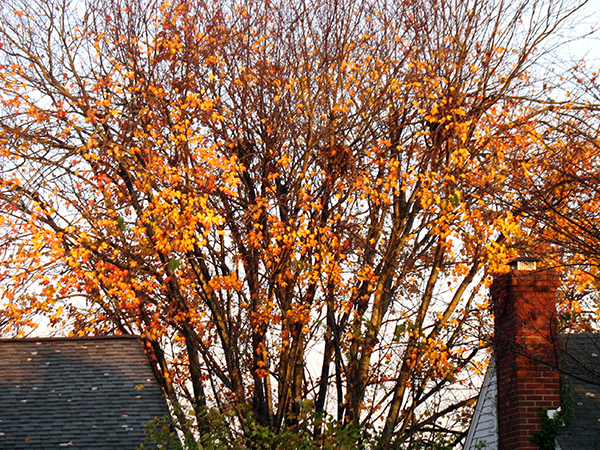 Here I have some good news.

Why then, you might ask, has that progress bar remained stationary?

By December I was missing writing quite dreadfully. I find that when I don’t write for an extended period of time, I cannot be my best self, whether that’s a grieving best self or a happy best self, any best self is out of reach.

So, when I reached December, I’d not been writing any stories for two months, long enough for me to really feel it.

And, yet, when I even thought about returning to the novel that I’d abandoned so precipitously on October 7, I just felt tired, as though every last drop of energy (of which I didn’t have much—grief is often very enervating) had run out of my body.

I knew I had to be patient with myself. Several other writers with far more experience than I had said that they could not write for six months after the death of a loved one. But I secretly crossed my fingers that in January I might find I could write a little bit.

Then I happened to listen to a music video of a song by Clannad: “The Poison Glen.”

It moved me deeply. I listened to it more than once.

Here it is, so that you can listen to it also!


I couldn’t stop thinking about that mythical hero. What was his story? Who was he? What had happened to him?

I wrote in my journal that I wished I could weave a story around him, but I didn’t think it would be possible for me.

When I stopped journaling, I had the entire concept outlined in a brief three pages. But could I actually write it? I still had that tired weariness when I thought about writing, even though I also longed to write.

I decided to email a writer I regard as a sort of mentor and who had mentioned her own experiences with writing and grief in comments on her own blog. In my email, I told her of my situation and asked her guidance.

She replied with a great deal of sympathy and understanding, and as I read her reply I found clarity growing within me. I realized that even though I missed the writing and longed for it, I had allowed some degree of a spirit of ‘should’ to pervade my desire to write.

Her words of wisdom allowed me to toss out that ‘should.’ And once the ‘should’ was gone, all that remained was ‘want to, want to, want to!’ And that sense of draining energy that went with the thought of writing was gone.

So, on January 2, I dipped my toe into writing. I wrote only 300 words that first day, but it felt really good and really right. I wrote more the next day, and yet more the day following.

I’ve been writing steadily ever since and have accrued 24,000 words (the total as I draft this post).

But not on the novel that I’d been tracking with the progress bar!

The current work is tentatively titled His Poison Tear. I think it will be a novella, although there’s always a chance that it might be longer. I’m excited about the story and feel a growing eagerness to share it with you and the world of readers. All in good time!

I haven’t permanently abandoned the other work, however. Indeed, as I’ve been writing His Poison Tear, I’ve been feeling enthusiasm for To Thread the Labyrinth kindling anew in my soul. I plan to return to it as soon as I finish the first draft of Poison and send said draft off to my first reader for feedback. 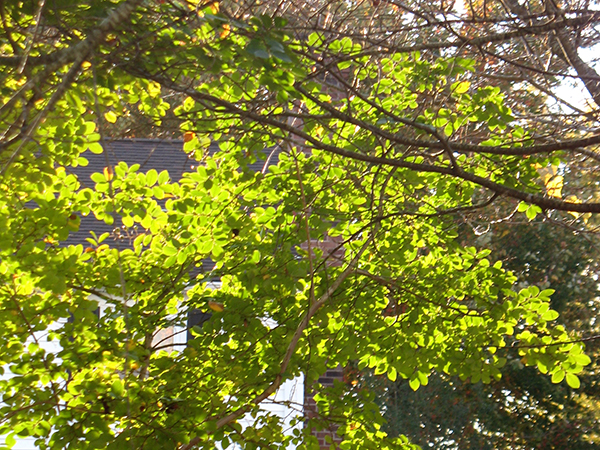 So, going forward, what can you expect from me?

I’m not going to track my progress on His Poison Tear. I need to stay loose and light on my feet for now, as I write fiction in the wake of my mother’s death. I’m writing steadily, and the story will be done when it is done.

Edited to add: I’ve changed the title from His Poison Tear to Blood Silver.

I do want to try tracking my progress when I return to To Thread the Labyrinth. If it does not impede my writing, I’ll update that progress bar as I write. If it does, than I’ll remove the progress bar altogether. But I suspect it will be fine.

Well, there will likely be a bunch more poetry and a few more bundle posts. But I’m hoping to slip in the odd post on other topics here and there. We shall see, but stay tuned. I’ll probably write another update post like this one after I’ve tried various possibilities and want to share how they worked. 😀

For more about Blood Silver, see:
Plate Armor, How It Works
Cross Strike, Squinting Strike, and Scalp Strike
The Book Title
The Crooked Strike
The Joust
Which Cover to Choose?
The Strike of Wrath
Rope Climbing and a Cliff
What If the Sword is Wrong?
A Song of Peace
Wielding a Long Sword