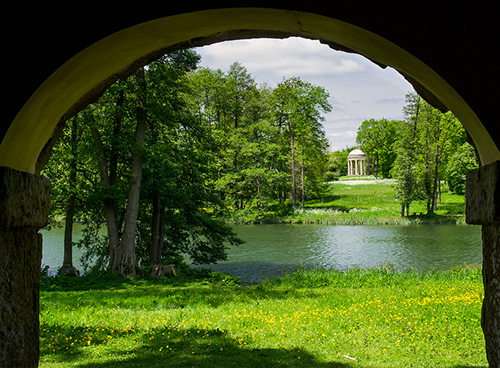 This story opening was inspired by two photos I took last year. Both appeared on my blog: the tangled garden here, and the soaring tree here.

All-father above! Why was Yggdrasil, the Tree of the World, growing in Loki’s court?

Cissa had walked out to Ithunna’s garden to loll on mounds of feathery periwinkle and savor the light breeze winging up the hillside. Why not? Vanna was busy in the kitchen; they’d gabbed late into the night. Some morning solitude would suit them both.

But lolling and savoring weren’t what she was doing.

She’d strolled through the wild tangle of green, noting sprays of fern, tendrils of ivy, and seated herself against the trunk of a gnarly maple. Its rough bark grated on her skin, left bare by her halter top. Long weedy things tickled the bend of one elbow.

She’d found the perfect vantage: tree at her back, loveliness sloping away before her, cool dappled shade all around. Ah! She inhaled – the start of that savoring – and chuckled. The sweet syrupy aroma of honey melting into butter accorded not at all with her bowery surroundings. Vanna was making granola, and her open kitchen window meant spicy cinnamon and nutmeg overwhelmed the cleaner scents of rain-washed leaves and loamy earth. A clatter of baking sheets interrupted fluting birdcalls and the distant sound of falling water.

It felt comforting, this blend of her kinfolk: Vanna’s domesticity in the home, Ithunna’s love of green and growing things in the outdoors.

I’m lucky in my sisters, my nieces, she mused. Less lucky in . . . but that was a thought for another time. Or was it? Before her and behind her, all was well. But there to her left, where Ithunna’s orchards lapped the stone walls of their nephew’s castle? Was something amiss there?

She’d straightened, not sure why she was worried, then climbed to her feet and let the sensory world fall away. In the space between will and action, the gap between dream and reality, in the magic underlying rock and bone and breath – something was far more than amiss.

Eyes closed, she saw vast limbs stretching beyond the sky, cradling the heaven of Asgard; sensed deep roots burrowing below even the earth’s foundations to sip the springs of fate and wisdom; felt the massive trunk supporting the clement harbors of life where mortal men and women dwelt. 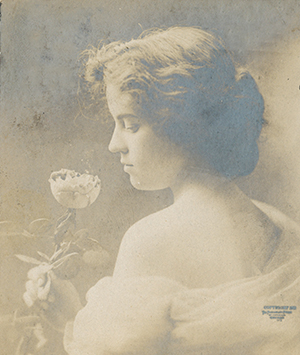 But Yggdrasil grows from the Wells of Urth, not in the trickster’s back bailey!

What had Loki done?

She’d rushed back to the house to confront Vanna with the dreadful news.

And been inveigled into another of her sister-in-law’s food projects before she found the words – and the opening – to speak of Loki’s perfidy. When she did the modest dining room – sunlit white walls, two windows, oak table and chairs, and nothing else – grew very quiet. Her chair creaked under her as Cissa leaned forward.

“You knew? You knew! That Yggdrasil now grows in Loki’s court?”

Vanna was looking at the capped jar of raw milk resting on the oaken boards of the dining room floor. It had been curdling for five days now, separating out into creamy curds floating on thin cloudy-white whey.

Vanna bent, lifted the two-quart jar, and placed it on the table. They’d covered the surface with a red oilskin to protect the wood from moisture. Making whey for pickles could get messy.

“He always trusted me more, you know.”

Odin’s beard! Was everything Cissa thought she knew about Vanna wrong?

“But you told someone? You warned someone?”

Vanna arched an eyebrow, easing the cap off the milk jar. The sour smell of the whey rose from the vessel’s mouth. Sunlight sifted through the tree leaves outside the west window, dappling the square glass panes, dappling Vanna herself. Her golden blond hair – twisted up on her head and pinned – glowed. She looked very much herself: goddess of fertility and wife of Uller.

“Did you never think that perhaps the reason Loki is untrustworthy is because no one trusts him?”

Cissa rose abruptly to her feet. “No!”

She turned to pace. The room wasn’t big enough for it. She knocked against the next chair over, caught her elbow on the white cloth blind let down over the south window, and then bumped her hip against the table. The screws holding the legs on squeaked. The whey in the jar sloshed, but the thick curds atop kept it from spilling.

“Loki the abducter! Loki the thief! Or are you going to tell me he never absconded with Daphne to Alfheim? Or clipped Sybil’s tresses?”

The hint of a smile crossed Vanna’s face. She arranged a square of linen in a sieve in a crockery bowl.

“There was rather more to it than that. Both times.”

In one smooth motion, she tipped the jar upside down over the sieve. The curds stuck for a moment in the neck of the jar, then slithered out with a sucking noise. The whey poured after, splashing.

“I think it’s worth giving him a chance.”

Cissa’s breath huffed out. She plopped into the chair beside her, at the table end near the parlor. A cushion tied to the rungs of its back made the seat softer than her earlier perch, plain oak.

“And if you’re wrong? If there are no extenuating circumstances this time?”

Her arms rose almost involuntarily, and her fingers clutched the curls atop her head. It pulled a bit.

“This is Yggdrasil. The world tree. Which has grown in Odin’s court since first its seed sprouted. Its branches are our foundation. Vanna, think!”

While she hesitated, Vanna knotted the two opposite corners of the linen cloth, then the other two, and thrust a wooden spoon through the double loop.

“You think. If we raise an alarm, a big stink, what will Loki do?”

Cissa grabbed the glass pitcher from her end of the table and pushed it along the oilskin, closer to the bowl.

“The absolute worst he can think of,” she answered slowly.

“And if we give him breathing room?”

Vanna lifted the bundled curds by the spoon. The whey, almost translucent, ran off the bottom of the rounded linen, passing through the sieve and hitting the bowl with a soft drumming rhythm. Its sour smell, a bit like yogurt, but sharper, grew stronger.

Cissa felt her lips straightening. “Perhaps no harm will be done. Perhaps we’ll find out why – oh!” She jerked and bumped the table yet again, with her belly this time, and softer. The table jiggled and squeaked. “Do you suppose Yggdrasil was in danger? Loki is protecting it?”

Vanna lowered the bundle of curds into the pitcher, letting the spoon rest across its wide opening. For the first time in this conversation, her eyes met Vanna’s. They looked sad.

“Now you are more generous than I, little sister.”

“Loki will make mischief whenever it does not compromise his advantage. And even then, sometimes.”

Vanna carried the pitcher away into the kitchen.

Cissa heard the ice-box door open and close. She reached for the bowl full of whey on the table, lifted the empty sieve out of the liquid, let it drip a bit, and set it down. Wet. That’s why the oilskin. She put the waiting funnel into a clean jar with a narrower mouth and poured. Would it all fit? No, she’d need a second container.

Bunging the cork in to seal this first one, she came to a decision.

Her hands weren’t quite steady.

“I’m not willing to just take Loki on faith. I won’t raise the alarm. But I’m going to ask some questions.”

Vanna reappeared in the kitchen doorway.

Cissa stood, wiped the damp whey bottle with a dish towel, and handed it to her.

For the list of stories that began all these story opening posts, see:
Popcorn Kittens