I have a bad case of popcorn kittens.

What, you may ask, are popcorn kittens? 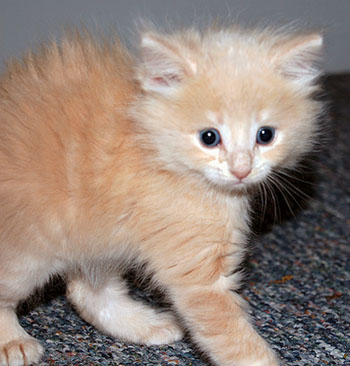 Well…here’s the amusing origin of the concept. Go ahead, click the link. It’s just a 3 minute video on YouTube, and it’s fun!

And here’s the more serious explanation of of the term. (Warning: Kristine Kathryn Rusch’s blog can become a serous addiction, if you’re interested in the massive upheaval transpiring in the publishing industry these days!)

Short version of that “serious” essay: an abrupt change from scarcity to abundance produces the impetus to action on a gazillion different projects at once.

So why do I have popcorn kittens?

I have too many stories I’m longing to write, and each story is calling me to write it right now.

I’m hoping to get some feedback from my readers about which projects interest them the most. If you could choose from a list of 20 stories, each of which sings to this writer like a Greek siren, which one would you chose to go to the head of the work-in-progress queue?

I’ve already written the opening for a number of these stories. So I’m thinking I might share the openings with you over the next few weeks. And when you see one you like, you can yell: “Write this one! This one!”

And just to get things off to a good start, I’ll list the entire roster, each entry with a few explanatory remarks.

The Dragon’s Egg: Livli’s brother Jorgan learns his calling in life when a troll, a dragon’s egg, and a Tromme-land shaman intersect. Hammarleeding fans will like this one.

Imsterfeldt: During Sarvet’s wanderyar, she has an adventure in Imsterfeldt involving a ghost and the ruined mooring tower for an airship. Sarvet’s fans will like this.

Inula’s Trumpet: Hans (from Troll-magic) finds adventure in the forests of Cambers involving a golden fauve, a troll, and lethal deceptions.

Dragon’s Tooth: The Zero Stone by Andre Norton meets The Lion, the Witch, and the Wardrobe by C.S. Lewis.

Metamorphosis Buffet: Steven has lost everything and schemes to claw his way up from the bottom. While working on his own problems, he encounters something so bizarre, he must investigate and is drawn into a threat of a much larger magnitude.

Fox in the Hen Coop: A cybernetic “hen house” guards the planet Lapis V from space toxins that spiral down to poison its biosphere. Something has gone wrong with one of MRY97’s (Mary’s) microchips.

Read-Only Beauty: The Sleeping Beauty meets Independence Day. (My short story of the same name – completed recently – would become a prologue to this novel.)

Witch’s Sweet: Demons threaten Callie’s family, and she defends them with her witchcraft and with…baking, of all things.

The Theft of Odin’s Horse: Loki’s latest prank threatens all 9 worlds anchored to Yggrasil’s mighty branches. How will his aunt save them all?

The Green Knight: Neptune enjoys the ministrations of a harem of 50 nymphs. One of them wants to escape. Can she?

Tally the Betrayals: Three loyalties tear Gael in three directions. Will he protect innocent humans? Will he support his fellow trolls? Or will he obey his heinous master?

Fate’s Door: A handmaiden to the three Norse norns, the Fates, sees her forbidden lover threatened. Dare she work against fate itself to save him? And if she dares, how can she succeed?

Steal from the Sea: Livli’s brother Jorgan has grown up, but seeks a second wanderyar – partially on his own account, partially to seek a nephew who’s been gone too long.

Ruin the Earth: A re-telling of the Norse “Widow’s Son.” Gabris and Emoirie from Troll-magic travel from Bazinthiad to get involved.

Break the Sky: A re-telling of my own Gethaena (a role playing game) in novel form. Demons, a prison, and transformation.

The Soldier’s Daughter: Our heroine must rescue three princesses of Elamerony (the land of the southern emissaries in Troll-magic) from the demons in Break the Sky.

Eclipse the Sun: A re-telling of the Norse “The Lassie and her Godmother.”

The Dawn Trilogy: The lodestones of ancient Navarys fell into dangerous hands. Three heroes, each with something to learn, play a part in the recovery of these powerful artifacts.

And there you have it, the ideas luring me. It’s hard to decide! 😀

Update: It’s 8 months later, and I’ve posted quite a few of the openings for the stories mentioned here. In the list above, I’ve linked each title that has one to its posted opening.

In the time between July 2013 and March 2014, I’ve also posted a few openings not included above. 😉 Here’s a list of all the openings – popcorn kittens of all vintages, new and old: