By 1728, the tapestries depicting the royal hunt of the unicorn were hanging in the Château de Verteuil, a property of the Lord of La Rochefoucauld located along the river Charente. 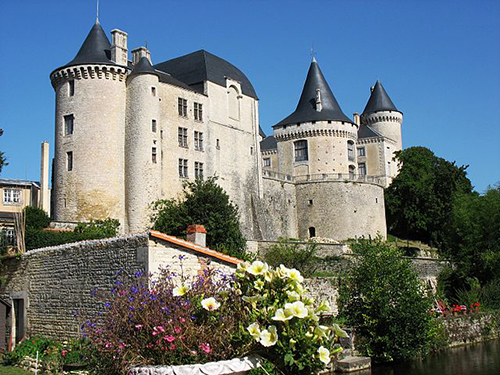 Two of the tapestries were placed in a hall adjacent to a chapel. The other five adorned a bedroom. The smallest may have served as a bed canopy. The larger pieces would have required a wide stretch of wall to accommodate them.

During the French Revolution, the tapestries were looted and used to cover potatoes. When recovered from a barn many years later, they proved to have sustained damage, although they retained their vibrant colors. One, in fragments, was repurposed to serve as bed curtains. 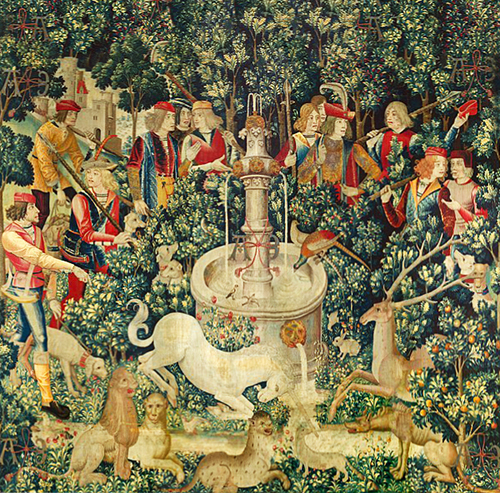 The second of the seven tapestries depicts the unicorn dipping his horn in a stream of water flowing from a fountain. The horn purifies the water for a variety of animals to drink from it.

In medieval Christian allegory, the lion represents Christ because of the beast’s “three natures.”

When the lion walks in the high mountains, he erases his tracks with his tail, exemplifying the way Jesus’ divinity was in repose during his earthly ministry. When the lion sleeps with his eyes open, he symbolizes Jesus physically dead upon the cross, but spiritually alive. And when the lion roars over his cubs (born dead) to bring them to life, he represents Jesus’ resurrection.

(To medieval scholars, the lion was a beast every bit as fabulous as a unicorn, a griffon, or a pegasus. Their understanding of leonine habits was lacking, to put it mildly!) 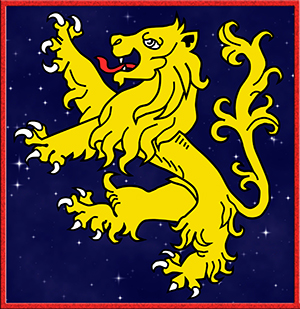 The other beasts possess symbolism as well.

The leopard is valiant and sweet-breathed, but a signifier of bastardy. The rabbit represents the modest, retiring soul who trusts fully in God. The hyena stands for greed, hypocrisy, and the temptations of the devil, sins to be resisted.

Just at the moment when the unicorn dips his horn in the fountain’s waters, the hunters discover him. In the tapestry, they all point. “See! There he is!”