“The Hantidans know how to draw a bath,” Gael agreed.

Although the real benefit of the palace baths might be that a quiet bather could overhear useful gossip. 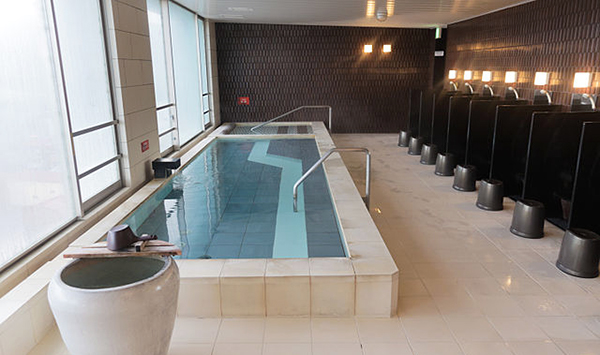 I must side with Gael on this one. Hantidans do indeed know how to draw a bath. I envisioned the Hantidan bath as resembling those of the Japanese: very deep, very hot, and including a view through a sliding screen of a stylized garden.

If I could visit Hantida right now, their baths would definitely feature in my itinerary!

In the morning, Gael returned to his room from the baths pleasantly relaxed and smelling of herbal soap. Unusually for him, he’d kept thinking at bay during his soak, focusing instead on the physical sensations—the extreme heat of the water Hantidans favored, its depth—well over his shoulders—the scented steam, the beauty of the sunlight on the bamboos right outside the partially open screens.

In spite of their lure, however, I initially categorized the Hantidan baths as an appealing detail of the setting and little more.

But as I moved more deeply into The Sovereign’s Labyrinth, I realized they served as more than evocative window dressing.

“I heard two gentlemen talking in the baths, gossiping about last night’s accident. Interesting that they classified it as an accident, by the by,” he added.

In the baths, Gael and Keir would learn clues to the mystery they encountered in the Glorious Citadel. They would discover new suspects to question. And Gael would have an informative encounter there.

It was down around a corner of the tile passageway and bigger than the rest of the tubs Gael had seen in the palace, with room enough for four.

Zithilo lounged in one corner of the bath, lanky legs stretched out before him along the tub floor, gaze fixed on a close, engoldened slice of slope visible through the open screen—afternoon was giving way to evening—overgrown by ferns, mosses, and shrubs. He was tall, skinny, and muscular. He didn’t bother to look over his shoulder when Gael’s step sounded in the doorway. 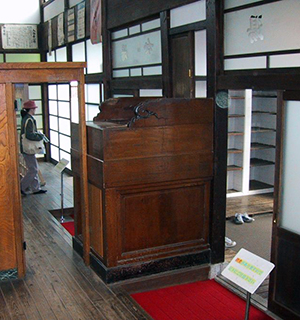 Gotta stop there to avoid spoilers!

Well, the photo at the top of this post shows a bath similar to the one that Zithilo invites Gael to share. And the photo at right has the feeling of the corridor giving onto the individual baths.

The baths were arranged along a narrow side corridor of white tile, a tall and solid wall on Gael’s left, a shoulder-high wall punctuated by a dozen open doorways on his right. Each doorway connected to a small cubical with hooks and a wooden bench, and a farther doorway to a square, sunken tub with a view onto a moss garden.

Steam wreathed the air, along with the scent of herbal soap.

There are many bath houses within the Glorious Citadel, and the approach to each is the standard roofed walkway that runs along the edges of the courtyards and gardens and beside the walls of the pavilions that compose the palace. 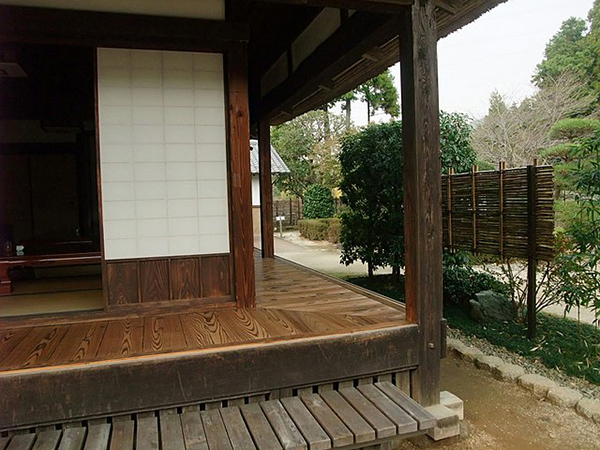 The Sovereign’s Labyrinth has grown under revision. The first draft came in at 78,000 words. As I write this blog post, the novel stands at over 95,000 words. I’ve edited and revised the first 75,000 of those, so you can see that I am closing in on the end. I hope to send the manuscript out for its next beta read soon!