The Sovereign’s Labyrinth is an adventure mystery with a good bit of action and fighting.

It’s not a brain-bender mystery like the clever Five Red Herrings by Dorothy Sayers, in which the time tables of trains prove integral to solving the plot.

Nor is it a mystery of manners like Georgette Heyer’s witty Detection Unlimited, in which the behavior of clocks plays an important role.

Nonetheless, as I wrote The Sovereign’s Labyrinth, I found myself thinking about timekeeping and how the Hantidans did it. 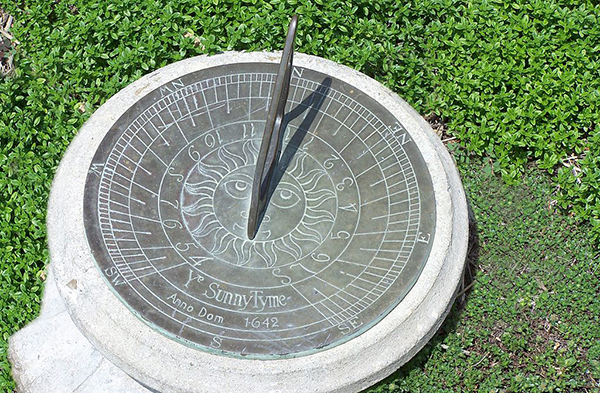 Since the story takes place in the Bronze Age of my North-lands, the Hantidans would not be telling time with clocks or watches or digital phones. So how did they do it?

The earliest timekeeping devices in our own history were sundials. In sunny climes, they worked well…by day. But what about the night time? And what about places with cloud cover?

Hantida has a wet season and a dry season, but even in the dry season, a storm comes through on many days. Which meant that even if they used sundials, they probably used something else to supplement them.

Some historians speculate that the ancient Greeks and ancient Romans used sandglasses. They certainly had the technology necessary to make them. But the historical record does not contain actual mention of them as it does of water clocks. No one seems to be sure when sandglasses were invented and first used, but it may have been as late as the Middle Ages.

I am not absolutely strict about anachronisms in my North-lands—I write fantasy, after all—but I like to use real history as a guide. So I decided against sandglasses for my Hantidans.

The earliest mention of candle clocks comes earlier than those of sandglasses, in a Chinese poem written in 520 AD. That’s slightly better than the Middle Ages, but candle clocks have other disadvantages, namely that it’s hard to get the wicks and wax uniform enough to prevent inaccuracy in their timekeeping. Drafts were also a problem with the even burning of the candles.

(In the west, the candle clock bore regular markings on the column of wax. In the east, weights were attached to threads embedded in the wax. As the candle burned down, the threads were released, and the weights dropped into a plate below with a clatter.)

Before my research into timekeeping, I’d never heard of incense clocks. When I did— Wow! Just, wow! I fell in love! 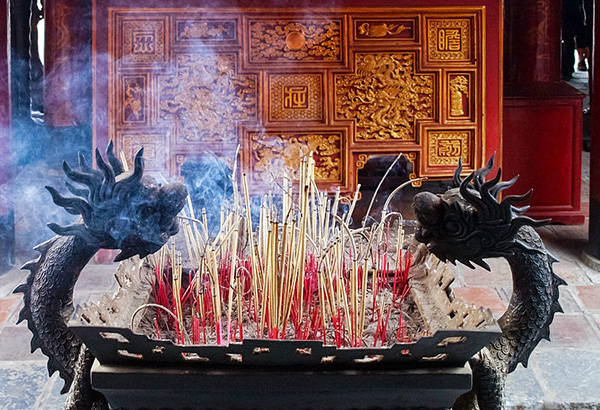 I had only one problem with bestowing incense clocks on my Hantidans. I absolutely knew that the Daoine Meras, the people in the next Gael & Keir Adventure, use incense clocks.

I didn’t want to repeat myself!

So my Hantidans received water clocks.

Actually, water clocks are pretty cool. And they appeared in Babylon around the 16th century BC, perhaps earlier still in ancient China (4000 BC). Water clocks and humans have been together for a very long time!

The earliest water clocks were outflow clocks. That is, the water flowed out from a hole in the bowl. As the water level fell, it passed markings on the inner surface that indicated the time. Often the dripping water was not caught by another vessel, but allowed to absorb into the sand or earth below.

Later water clocks were inflow clocks, in which water from an upper vessel flowed through a calibrated channel into a lower bowl. The inner surface of the lower bowl was marked, and as the water level rose, it indicated the time. 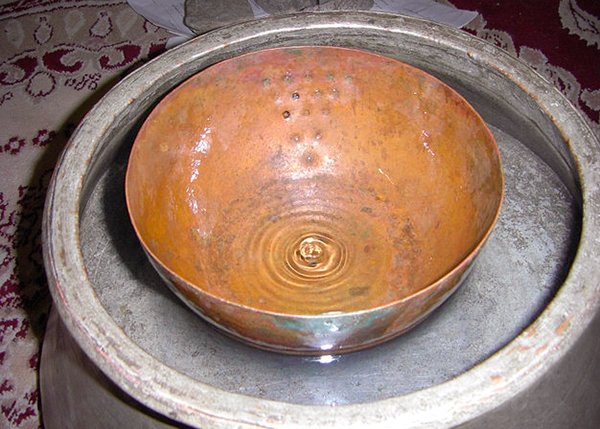 The Persians used yet another style to ensure that the water from their underground irrigation channels was distributed evenly among the farms sharing a given aquifer. They placed a small bowl with a calibrated hole in a larger bowl filled with water. The water flowed through the hole to fill the smaller bowl. When it sank, the clock manager would place a pebble in a container to count that iteration, pour the water back into the larger bowl, and then start the small bowl filling again.

I suspect my Hantidans use the inflow model of water clock.

But how did the Hantidans get started with timekeeping?

There’s plenty of water in Hantida: the river, the monsoons, the near-daily rain in the dry season, and a generous water table below ground. They wouldn’t have needed to divide water so carefully as did the Persians.

Here, real world history came to my rescue once again.

Some of the ancient cities were very populous, counting a hundred thousand people within their walls along with great wealth. They built walls to protect themselves and manned those walls with sentries who stood guard through both day and night.

The sentries needed to know when their watch was up and when the next one started. Timekeeping was required!

That made sense for Hantida.

I could just see the Keeper of the Watch sounding the drum in his tower on the city walls when the Keeper of the Clepsydra announced the first beat of the evening watch. And then, all over the city, itinerant time keepers would ring their chimes in echo of the drum beat.

I decided to model the Hantidan schedule of watches after those used by sailors.

Each day possesses seven watches. Five of them are 4 hours long. Two of them are but 2 hours long. This ensures that the sentries rotate through the watches, rather than staying with the same one indefinitely.

Each long watch has eight beats or chimes, each short watch, only four.

So…did Hantidan timekeeping come into The Sovereign’s Labyrinth at all? Or was it one of those fun bits of research that never make it onto the page?