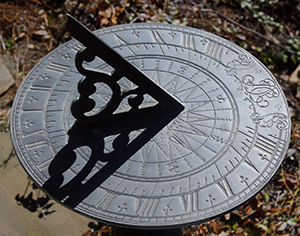 The people of the ancient Mediterranean world did not follow a common calendar.

For example, in Athens the year began just after mid-summer. But in Boeotia – a mere 50 miles (80 kilometers) away – the year began in mid-winter. Nor were their names for the months (or moons) the same.

Fortunately, as I wrote Fate’s Door, I found I did not need month names. The people of the ancient world were not nearly as tied to a written calendar or a strict accounting for the passage of time as we moderns are.

The season was a much more relevant concept. The land dwellers needed to know when to plant seed and when to harvest crops. The seafarers needed to know how the weather would behave. My sea numeni – living beneath the waves – were interested in the temperature of the water and the behavior of the currents.

Written calendars of the time tended to get out of sync with the seasons and then require an arbitrary jump to make them match. Paying attention to the natural world, rather than the man-made calendar, was much more useful to the folk who really needed to know what was upcoming.

Thus my characters in Fate’s Door tend to refer to the spring, the summer, the autumn, and the winter. Or the morning, the noontide, the afternoon, and the evening.

I didn’t need month names. Nor did I need precise measures for minutes or hours. 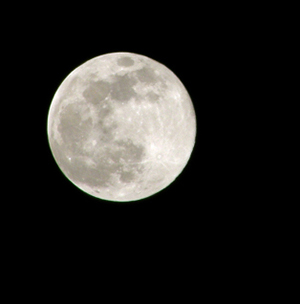 But I did need months and weeks. A journey might take three months. An event might be planned for next week.

The months were easy. The ancients definitely used the moon to plot the passage of time. Thus they might say that travelling overland from Thérma to the coast of Balder’s Sea (the Baltic Sea) would take three moons.

But the weeks were harder, because the ancients of the Hellenic world didn’t divide their moons into 4 weeks. In my story, I had started out as referring to weeks as sevendays. Halfway through the manuscript, it occurred to me to check my assumption.

In my North-lands stories, the lowlanders have 7-day weeks, but the mountain dwelling Hammarleedings have 8-day weeks. Perhaps the ancients of our world used some number of days other than 7.

Oh, wow, did they ever! It was good I checked. The Athenians, at least, divided the moon (or month) into thirds!

The first day of the month was called noumenia or “new moon.” The next 9 days were called “2nd rising,” “3rd rising,” all the way up to “10th rising.” These first ten days were grouped as the “moon waxing.”

The last 10 days were grouped as the “moon waning.” And the numbering of these days is the most confusing to my modern sensibilities. It goes backwards!

The first day of this group was called the “later 10th.” Next came “9th waning” and “8th waning” all the way down to “2nd waning.” The very last day of the month was called hene kai nea, meaning “the old and the new.” 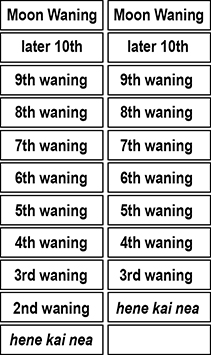 In months with only 29 days, “moon waning” counted down from “later tenth” to “3rd waning” and then went directly to “the old and the new.” A “hollow” moon simply did not have a “2nd waning.”

With this emphasis on tens – “10th rising,” “earlier 10th,” and “later tenth” – it seemed pretty clear to me that the unit of 10 days was the important one. And as I envisioned the communities featured in Fate’s Door as following the lead of dominant Athens, I chose that 10-day unit for my “week.” What general term did the Athenians use when they spoke of their “moon waxing” or their “moon full” or their “moon waning”?

Alas, I could find no mention of such a term. Perhaps a scholar of the classics might be able to enlighten me, but none of my circle of acquaintance – that I know of – has studied ancient Greek.

I thought about choosing tenday, just as I might use sevenday for a 7-day week. But I wanted something a little more evocative of my ancient Hellenic setting. I decided to borrow from the traditional Greek numerical prefixes.

Then I went through my manuscript replacing every use of sevenday with deka-day! 😀

For more about the world of Fate’s Door, see:
Lapadoússa, an isle of Pelagie
Merchant Ships of the Ancient Mediterranean
Garb of the Sea People
Measurement in Ancient Greece
Horse Sandals and the 4th Century BC
Knossos, Model for Altairos’ Home