A year and a half ago, I wrote a short story and posted it on my blog here.

I’d intended it to be flash fiction – under 1000 words – like the other flash fiction histories I’d created about the empire of Giralliya (in my North-lands).

And readers did see it!

At least one urged me to continue writing and posting these “fairy tales” from the past of my fictional world.

I wanted to do so, but I must confess that the 6,000-word length of “Hunting Wild” daunted me. With another dozen of flash fiction titles on my to-be-written list, I certainly had the inspiration.

But what if they all went long?

In fact, I could sense that the next three – at least – would go long.

I pondered the matter off and on. And wrote a lot of other blog posts. Then, last December, I realized that my dilemma was really not one. 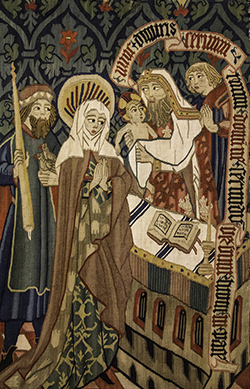 “Hunting Wild” was long enough to publish as an ebook on Amazon and with other online booksellers. (Unlike the flash fiction pieces, which were too short for that.) Why not do so?

I could publish “Hunting Wild” and “Fairest Trickery” and “Aegis” as ebooks.

After the holidays, in January, I pulled out my manuscript and looked it over.

Well, it was still a cool story, but – to my now more developed storyteller’s eye – it looked like it was missing a scene or two.

No problem. I could easily write the “missing” scenes and weave them into the story. I set to work. It was fun!

But after writing two new scenes and meshing them into the existing manuscript, it was clear that I needed to write two more scenes.

Can you see where this is going?

I’m closing in on my revision now, but in all I’ve written 7 new scenes, requiring 11,000 new words. Whew! That took a little more time and energy than I’d planned!

I’m pleased with the new Hunting Wild, and eager to share it with my fans. First it must go to my beta readers for their feedback. That’s an important step. There are always a few small glitches (sometimes large glitches) that I can’t see, because I’m too close to it. Luckily, my beta readers see such problems just fine. They point them out to me, and I fix the trouble spots.

However, I have a snippet – a poem – that I wrote as I further developed the religious beliefs of my “medieval” Giralliyans.

Writers end up with these background notes all the time. Things the writer needs to know in order to write the story, but that don’t belong in the story.

This particular fragment of text derives from an old Giralliyan religion – the Gedier Creed – that had been losing followers for centuries until, finally, its practice was forbidden by the crown.

The Gedier Creed involves belief in a god with three aspects: Gwirionedd in heaven, Cummenos on earth, and Eoin in hell.

With blood, in death, the sacrifice of our king draws truth – Gwirionedd – down from heaven to manifest on earth.
In death, with sacrifice, in the harvest of our ripeness dost our king suffer his holy rite.

Named Cummenos, named wild, he hunts the Hallowed Eve.
From the farthest to the nearest, he hunts monsters unseen.
From the outmost to the inmost, he hunts evils unfelt.
Driving them before him, he descends into hell.

Enthroned, enslaved, in hell he is Eoin.
Judge and demon, meter of fates, he is chained until freed by mortal gift.

With blood, in life, the surrender of our lady frees judgment – Eoin – from hell, to mount to heaven.
In life, with surrender, in the pregnancy of deep winter dost our lady embrace her blessed rite.

Named Gwirionedd, named truth, our Lord presides in heaven.
Breath of spirit, light of seeing, he glorifies and sanctifies, awaiting the sacrifice of the king.

For more about Giralliya, the setting of Hunting Wild:
A Great Birthing
Bazinthiad’s Fashions
Bazinthiad, A Quick Tour