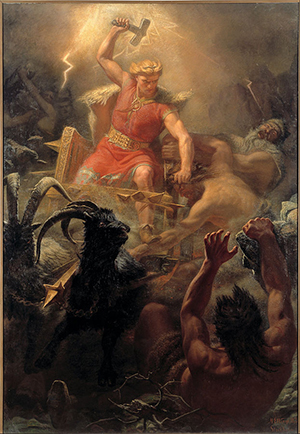 Before I wrote Perilous Chance, I hadn’t needed to know the names for the days of the week in my North-lands. It just hadn’t come up!

But one of the scenes in Perilous Chance features a conversation between 11-year-old Clary and her mother. They are discussing the mundane chores that need to be done and when. Clary’s mother is confused about what day of the week it is. So I needed to give the matter some thought.

In our own world, the days of the week are derived from the names of old gods. We’ve got Tiwesdaeg, meaning Tiw’s Day. Tiw was the Norse god of single combat, victory, and heroic glory. Tiwesdaeg became Tewesday and, eventually, Tuesday.

We’ve also got Thunor’s Day to Thuresday to Thursday. And Day of Wodanaz (or Odin Allfather, ruler of Asgard) rendered from Wodnesdaeg to Wednesdei to Wednesday. 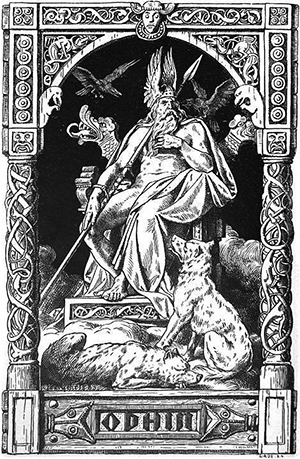 My North-lands possess many similarities to our world, and I knew that the days of its week – like those in our world – derived from its mythologies. With the difference that pieces of North-lands mythologies remain current beliefs in places such as Silmaren (the setting in Troll-magic).

The major religions of the North-lands stem from the idea of Sias as the mother goddess and her nine handmaidens. Many of the month names originate from the names of the handmaidens. The same is true of the day names.

In Auberon, where Perilous Chance takes place, Sias is spoken of as Essey. The Auberonese no longer worship Sias as their primary deity. Their devotion moved long ago to her handmaiden Thiya, the embodiment of intellect and science. Over the centuries, Thiya’s identity changed from handmaiden to offspring to son, and the pronunciation of the name drifted as well, eventually becoming Teyo.

Teyo was given his own day: Teysdy.

But Sias – Essey – had received hers long before: Esstey. Esstey continued through to “modern” times as the holy day of the week.

Like us, the North-landers also have a day named for the moon: Luna’s Day or Lundy.

Fallon the Wanderer gave them Wanderer’s Day or Wandy.

Sabel, the handmaiden of gifts, was known as Belaine in Auberon. Further linguistic drift rendered Belaine’s Day as Beldaine and then Beldy.

The Auberonese have one anomalous day. A lady of their nobility is known as a fanish, and the ladies have their own day of honor: Fanishday.

They feel right to me in my role as a writer and world maker. And it pleases me that their sound on the ear bears some resemblance to our own Sunday, Monday, etc. 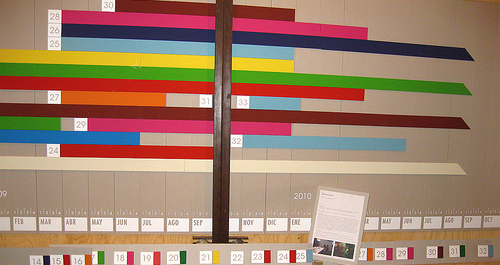