Disaster falls upon Lealle, the heroine of A Talisman Arcane, as she sits at the top of the steps to the retreat house. 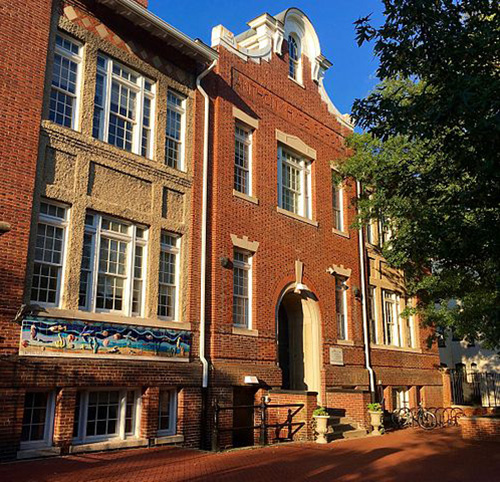 She’s finished her lesson in magic and awaits her mother, who intends to shepherd Lealle home in the family brougham-landau. While Lealle waits, the bullies who tormented her in the opening scene of the book arrive and begin their taunts anew.

But it is what comes of this unpleasantness—not the interaction itself—that proves so horrible. 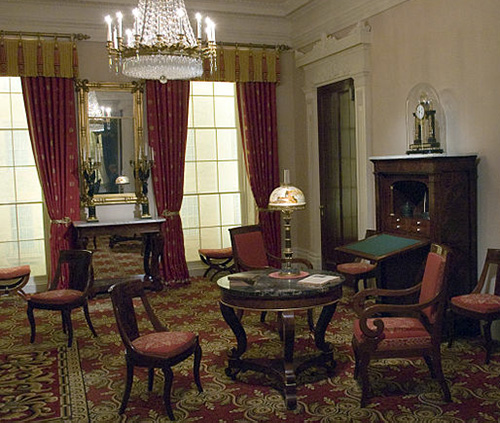 Lealle’s younger brother gets involved in the debacle, and the two kids eventually find themselves back in the waiting room of the retreat house, and then in an examining room. 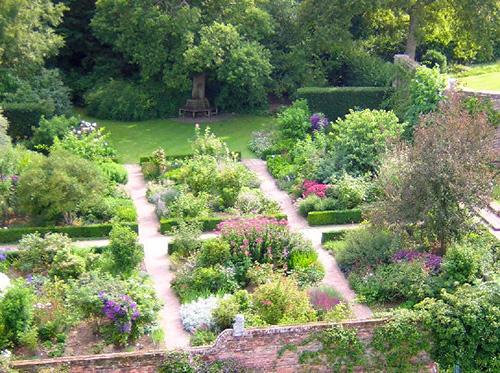 A later scene features the courtyard garden and the colonnade that surrounds the herbs and flowers.

The floor plan below shows the layout of the retreat’s first floor. The second and third floors hold more examining rooms, as well as a library, study rooms, and personal quarters for a few of the teachers who live on the premises. 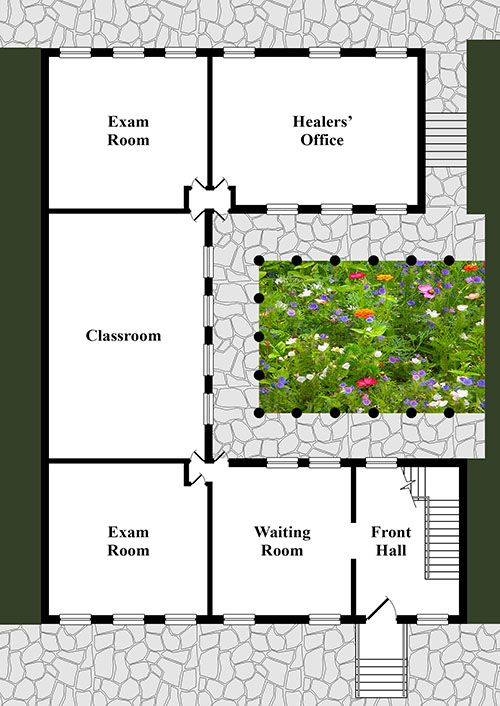