Read-Only Beauty started as an assignment in a writing workshop on how to develop ideas for stories. I wrote a story opening inspired by three words chosen at random from a dictionary: read-only-memory, number cruncher, derelict.

The assignment was limited to 500 words, but I couldn’t bear to stop there! I turned in the required word count, but kept writing to finish a piece of flash fiction, included in its entirety below. 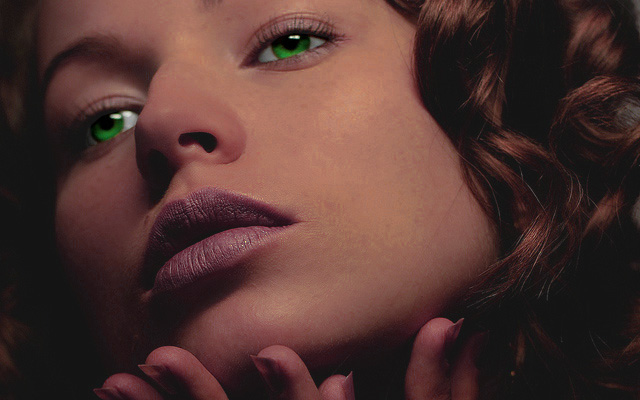 Uzuri woke as from a nightmare, suddenly, horrifically, slamming down on the platform from on high, arching to sitting so fast it gave her whiplash. Her throat was too dry to loose the scream. She swallowed down bitter bile, blinking. It was too soon, too soon, and all wrong.

Someone whimpered. It was her. “Stop, stop it,” she whispered.

Her tongue felt stiff inside her mouth, and the light hurt her eyes, indirect, but gleaming from polished white panels. She swung her feet to the floor. Fine flakes of charred dust, like black sand, gritted between her bare soles and the white floor. She stared bewildered at the silvery gown draped over her bony knees, fluttering down to the brown skin of her slender ankles. She inhaled, painfully. What had burned to produce that acrid scent? And why? And where were . . . ?

There should be people around her, steadying her, here in the stasis room. Where were they?

She could remember the hood coming down, her sight dimming, the surgical unit approaching her head. But not here. It was in a hospice suite. And then nothing. What was she doing in this stasis chamber?

Abruptly, she stood. Ran out through the open doorway and along a curving hall. The black cinders scritched under her swift steps. Faint metallic taps sounded from her knees banging her gown, its fabric slightly stiff, slightly silken. The white panels of the walls blurred, but not with speed. Her memory didn’t hold them, couldn’t hold them.

She stopped. Came to herself before an aquarium. Bright golden fishes swam behind the expanse of glass, so calm, so peaceful. The water filter hummed softly, bubbles murmuring as they ascended from its conch-shell housing. A vivid blue beta darted through the school of goldfish. Uzuri’s gaze fell to the white pebbles lining the tank’s bottom. A fine black ash speckled their pale smoothness.

Oh, god! Oh, god! That fine ash meant something dreadful. She knew it was so.

The grand foyer was still beautiful. Green, twining vines climbed the white support girders. The air smelled fresher. Mosaic murals showed scenes of far-off earth – the sun-drenched isle of Mykonos dreaming amidst ocean, its canopied market, its ruined temples. Uzuri waded in the foyer reflecting pool. The water was cool, chilling her calves. Flat coins pressed the balls of her feet. Coins and the grit of ashes. She fled, splashing down amidst the money, scrambling up, hair dripping and skin slick, her gown still strangely dry.

What had happened? Oh, what?

The Calaeno II was an outpost, so far from 16 Tauri that the blue-white primary burned as merely one star amidst many. Uzuri remembered arriving at the station, watching the revolving spokes within its wheel flash past the star field, wondering if she would see the spectral effects her hypothesis proposed for her observations of the Melotte 22 Open Cluster. She’d been excited, her first trip out from the mother planet, her first posting out of university. She remembered. She remembered that. But . . . what came after?

The hood came down. Her vision dimmed. The surgical unit approached. Oh, god!

A sprawling and obscure circuitry diagram.

She sank to her knees, cinders grinding between bone and floor tile, denting the skin, ashy gray with dryness and unattractive. She bent. Her tears fell, flushing her dry knees to rich brown with their wetness. Oh, god, oh, god! Please help me, please help.

She fled down corridors of unformed memory. What has happened? What’s wrong? Where am I?

She stood in the observation lounge. Gritty cinders rendered the plush matting uncomfortable, the chairs and divans, likewise. She reached out to touch the transparent wall before her, spread her fingers against the clear ceram-glass. The vast dark of night cloaked infinity, a well down which Calaeno II – and Uzuri – fell endlessly. The stars wheeled, a begemmed veil of blue and white and red sparks, unwinking save for the Crab pulsar, throbbing violet near the center of rotation. Beautiful. It was beautiful. But, oh! She needed more.

The hood came down. Her blindness commenced. The surgery began.

When had beauty proffered succor?

She was running, seeking someone, seeking help.

Another monitor confronted her gaze. With images out of nightmare. Was it this from which she’d woken?

There was fire without flames. Incandescent. A sea of plasma. How was it that the water never boiled, the leaves of the grape ivy did not char?

The fire glowed, then ebbed. And there were ashes, everywhere ashes, falling through the air, falling to lie on the water and sink, falling to coat the floors. “My people, oh, my people,” she whispered. They were ash, only ash, and would never live again.

The hood. The blindness. The approach.

How much time passed between that moment of read-only memory and the next? It was blank, and blank again.

She stood watching stars. The pulsar winked within night’s robe. A streak of silver rent its breast. And her eyes were dry, so dry. She was scared.

I′ve shared many of my favorite non-fiction reads with you. I thing it′s long past time that I share favorite fiction! Here are four of the best. 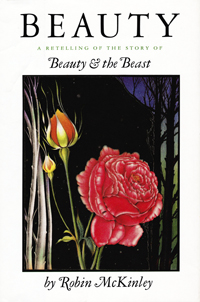 Beauty′s given name is Honour. Her nickname comes of a child′s childlike error, but the name chosen by her parents is no mistake. That quality will get her into trouble and out again in the course of this fabulous retelling of Beauty and the Beast. 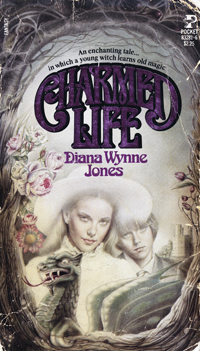 Young Cat Chant endures great changes and great losses, all the while clinging to his big sister Gwendolyn. But Cat must learn to stand on his own two feet and to make his own decisions. The safety of his world depends on it.

The Chronicles of Chrestomancy I:
Charmed Life
& The Lives of Christopher Chant at Amazon

The Chronicles of Chrestomancy I:
Charmed Life
& The Lives of Christopher Chant at B&N 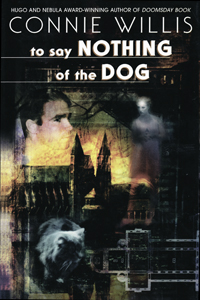 A romp through miscommunication, cross purposes, and the Victorian era turns serious when time travel creates a paradox. Ned Henry sets off to correct the anomaly with the goal of doctor-prescribed recuperation from time lag after he restores the space-time continuum, but said restoration grows more complex by the minute.

To Say Nothing of the Dog at Amazon

To Say Nothing of the Dog at B&N 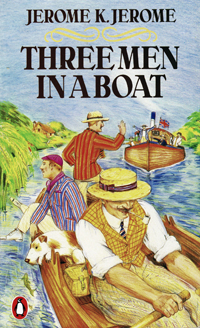 George, Harris, J, and J′s dog embark on a boat trip up the Thames River in search of rest, recuperation, and recreation. The three men agree that their livers or other organs are out of order and office work is the cause. Rest and recuperation receive short shrift, but humorous adventure ensues.

Three Men in a Boat at Amazon

Three Men in a Boat at B&N