I thought I’d read all of the Remembering Warriors bundle, from its first book to its last. I was so convinced of this that I don’t know why I re-opened the ebook. But I’m glad I did!

There was one more story—a novel—awaiting me, a quintessential war story, telling of an all-but-conquered town, courageous commonfolk facing a hopeless situation, and one lone knight, committed enough and crazy enough to attempt to save . . . as many as he can. 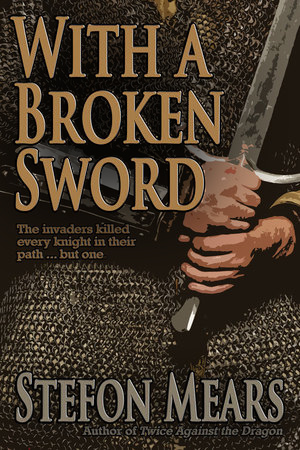 As I started reading With a Broken Sword by Stefon Mears, I was immediately captivated by its protagonist, Ser Colin, with his youthful enthusiasm for deeds of derring-do and his surprisingly wise heart. Ser Colin knows that while he has sworn to serve his king, he has also sworn to serve his country. And his country—the people of Kholost—come first in that oath.

As I continued to read, the world building came to charm me as much as had Ser Colin. The medieval country of Kholost has a vaguely Hungarian mood, as does its mighty river, the Odeda. Its dread sorcerers work their evil with demons in a way new to me, despite all my reading in the fantasy genre, while its “cunning men”—equally unique—work gentler magics through the essences of squirrel, trout, cow, beagle, boar, and crow spirits.

The story is well told, moving from scene to scene surefootedly, from one point of view to another with clarity and discernment. As the challenges facing our heroes escalate, the pace quickens, rising to a brisk sequence of hair-raising events, and then resolving into a brief-but-satisfying denouement.

Through the action and the suspense, I came to care about all of the helpers Ser Colin recruits. Particular standouts included old, wrinkled Farold, the “cunning man”; the devoted husband-wife team, Drud and Ebba, brave and generous; and, of course, the clever and resourceful seamstress-leader, Terrwyn.

All in all, With a Broken Sword was a pleasure. I hope Stefon Mears has written more stories in this world.

One knight stands between invaders and conquest.

His secret mission ended in an ambush. Now Ser Colin awakens on a battlefield under the bodies of his friends, the last knight still alive. And the invaders have seized the town of Three Bridges, with river access to the whole kingdom. How can one lone knight lead a ragtag group of townsfolk to victory over warriors and wizards? 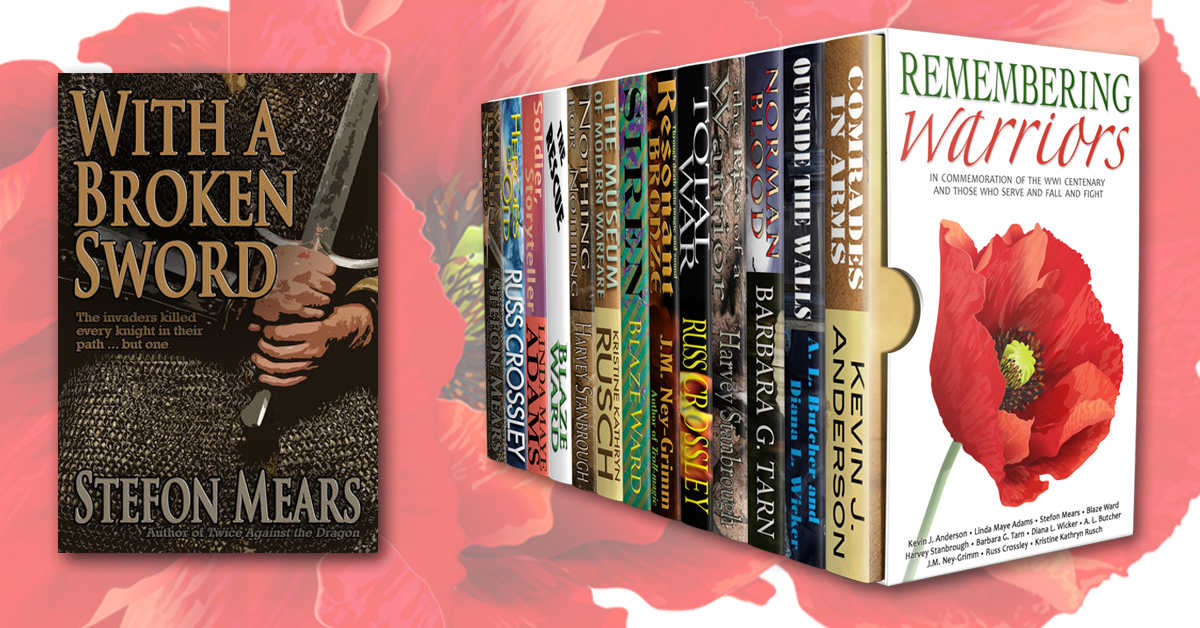 The Remembering Warriors bundle (with 13 titles, including With a Broken Sword) is available at Amazon, Barnes & Noble, Kobo, iTunes, or direct from the BundleRabbit site.