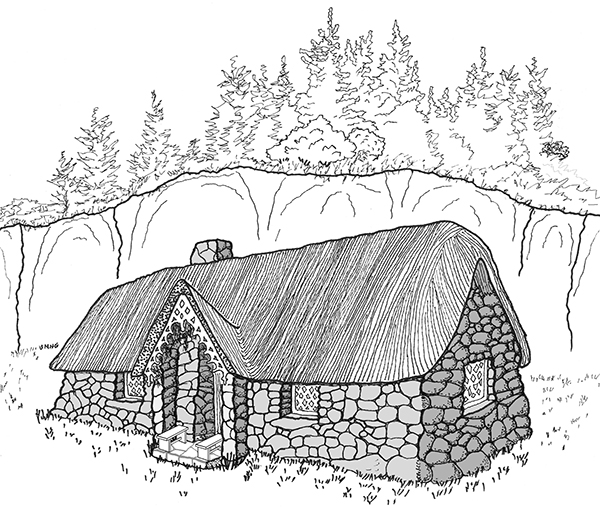 My first experience of the cottage where my norns in Fate’s Door live was through the eyes of Nerine, their handmaiden.

It’s the the end of winter, when the trees are leafless and the long grasses matted and dead. The stone cottage looks bleak without the flowering vines that adorn it in spring and summer and turn flaming red in autumn.

From the outside, the cottage seems a simple two-room affair. But when you go in . . . ah!

The front space isn’t two small rooms, but one large one, made bright with quilted orange window coverings and a rag rug of blues and greens. It’s sparsely furnished. Just a round table and chairs, a corner cabinet, pegs for cloaks, and a generous armoire for storage. 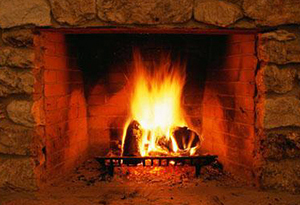 The fire in the hearth on the left is usually banked, because the norns spend more time weaving than relaxing.

But where was the loom? The great loom on which fate was woven?

I followed Nerine as she passed through a door in the back wall. There was the loom!

It was huge and possessed a monstrous presence. Even Nerine – accustomed to it at this point in the story – could not ignore the loom’s power as she went about gathering threads and other supplies for the day’s weaving. 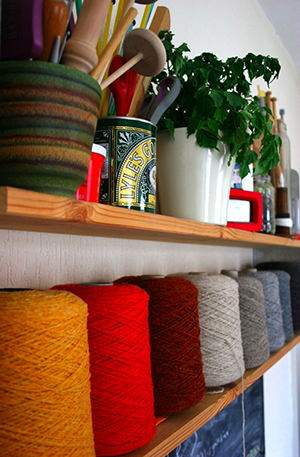 She rooted amongst the shelves and cabinets along the walls, always aware of the loom.

I didn’t see the rest of the cottage until later – after an uncomfortable confrontation with the norns themselves.

Shaken, Nerine walked down a hallway leading from the back wall of the weaving chamber to her room. And then I knew that her room, as well as the chambers of the norns, all lay off that hallway.

At that point, I drew a quick sketch of the floorplan to keep the arrangement of the cottage straight in my mind.

But my memory was playing me false.

Lorelin entered the the great hall of that palace first, was served a meal in its luncheon parlor, played the spinet in its music room, and was shown her bedchamber, before I realized I needed to draw a map to keep it all straight.

So my experience of the cottage of the norns is, in fact, typical.

I see the places in my stories through my characters’ eyes first. And then – when necessary – I draw maps and floorplans to make sure the rooms stay in the right places as I write subsequent scenes. 😀

I drew a tidier floorplan to show the layout of the norns’ cottage to you (below), as well as a sketch of the cottage as it appears to Nerine in the second scene of the book Fate’s Door (above). 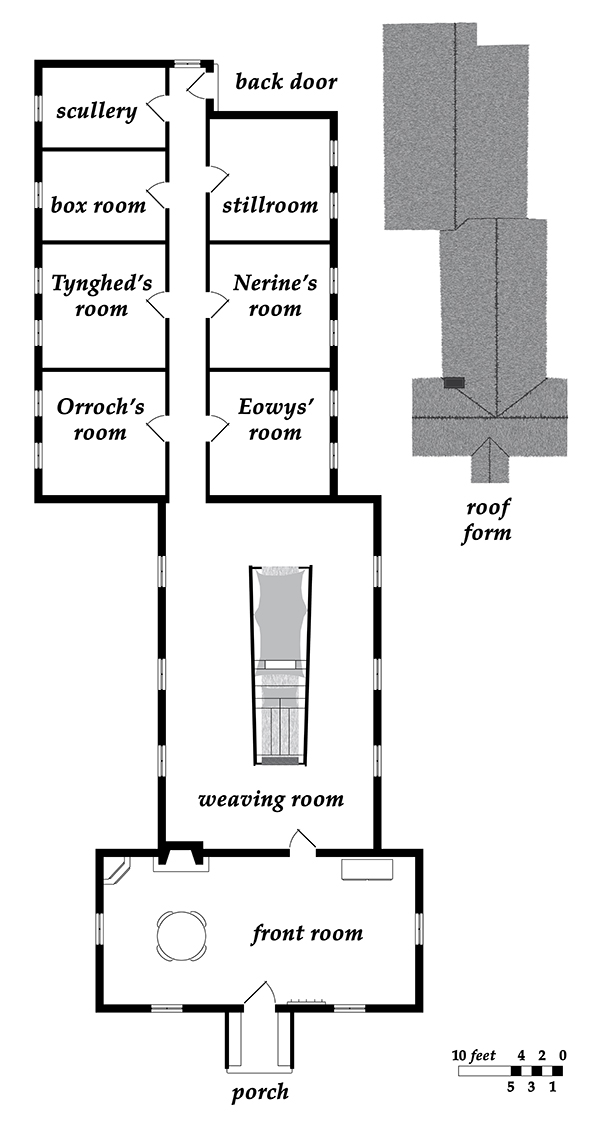 For more about Nerine’s world, see:
The Norns of Fate’s Door
The Baltic Sea
The Ancient Goths
Lugh and the Lunasad
Crossing the Danube
The Keltoi of Európi
Vertical Looms
Names in Ancient Greece
Warships of the Ancient Mediterranean