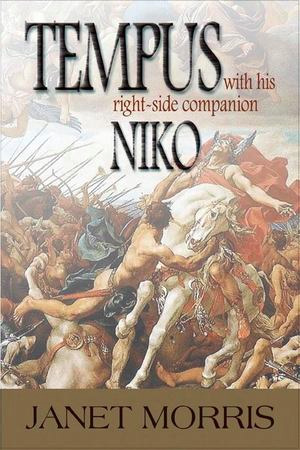 Tempus was the fourth story I read fom the Mythic Tales bundle. It’s a complex tale, and it drew me in so completely that I felt disoriented when I finished and needed to emerge from the world of the book into my own life.

I’m still pondering the story, mulling over the metaphysical arguments that lurk in its foundations, and contemplating the exotic nature of the setting and the vibrancy of the characters. Because it’s a book that’s going to linger with me, I find I don’t want to simply give you the brief, official blurb and skate onward with nothing else. I want to share a bit more.

But first, the blurb:

Relive the iconic adventures of Tempus and his Sacred Band through the eyes of Nikodemos, his right-side companion, as Niko seeks his spirit’s balance on Bandara’s misty isles. Five iconic Sacred Band stories from a world of thieves, plus tales available nowhere else. Join the Stepsons from their earliest days.

Nikodemos is a soldier in a mercenary force called the Sacred Band. Niko has come to the town of Sanctuary in the van of his commander, Tempus.

Tempus is an immortal, a demi-god, sworn to the service of the war god.

The novel Tempus tells the story of what happens to Niko in Sanctuary and how the events there shape him, transforming him from boy into man.

That story is interwoven with a frame story in which Niko re-examines his years in Sanctuary in order to see more clearly what transpired there and to learn from his experience.

At the story’s beginning, Niko’s commander, Tempus, is presented as a force for good. Niko says of him that he “never turned away from injustice, never left a problem for another to solve . . . never let the pain or difficulty of an undertaking persuade him not to pursue a resolution his heart thought was right.”

Justaposed against Tempus is Askelon, the sorcerer lord of dream and nightmare and death. Askelon is portrayed as haughty, angry, crushing, and evil.

But Niko, in the course of his scrutiny of the past, realizes that he must reconsider his love and loyalty for his commander, Tempus, as well as his fear and hatred for the dream lord Askelon, who courts Niko’s fidelity.

Along with Niko, the reader sees that Tempus often does great evil in pursut of his principles, while Askelon “brings healing for the tired mind . . . wonder for the ailing spirit,” as well as compassion.

The mood of Tempus is dark and rich. The mythological stature of its characters reminds me of Tanith Lee’s Tales from the Flat Earth series, while its melancholy tone calls to mind Days of Grass, also by Lee. A tantalizing obliquity present in Tempus, similar to that in E.R. Eddison’s Mistress of Mistresses, contributes to its great sense of depth.

For those reasons, it’s a demanding book, but it pays exemplary dividends on what it demands of the reader.

I quite enjoyed Tempus, despite the fact that it verges on being too dark, too violent, and too disturbing for me. Somehow Janet Morris handles the disquieting elements deftly enough so as not to overwhelm.

I will note that the frame story leaves the matter of Niko’s allegiance unfinished. Niko says, “I know what I’m doing. I’m choosing — or choosing not to choose. My heart is still with you, Commander.” By which I conclude that Niko is now a man divided, his head seeing Askelon’s purposes as redeemed, but his love still given to Tempus.

I speculated that the loose threads of the frame story were present to allow for the many sequels that I understood existed, but a little surfing the web proved me wrong in that speculation. Although the sequels are indeed numerous, the chapters of Tempus were originally written as stand-alone short stories, and the novel was created from them later. The interweaving of the chapters with frame story was so skillfully done that the result forms one whole cloth.

But never mind how it was written; Tempus is worth reading! 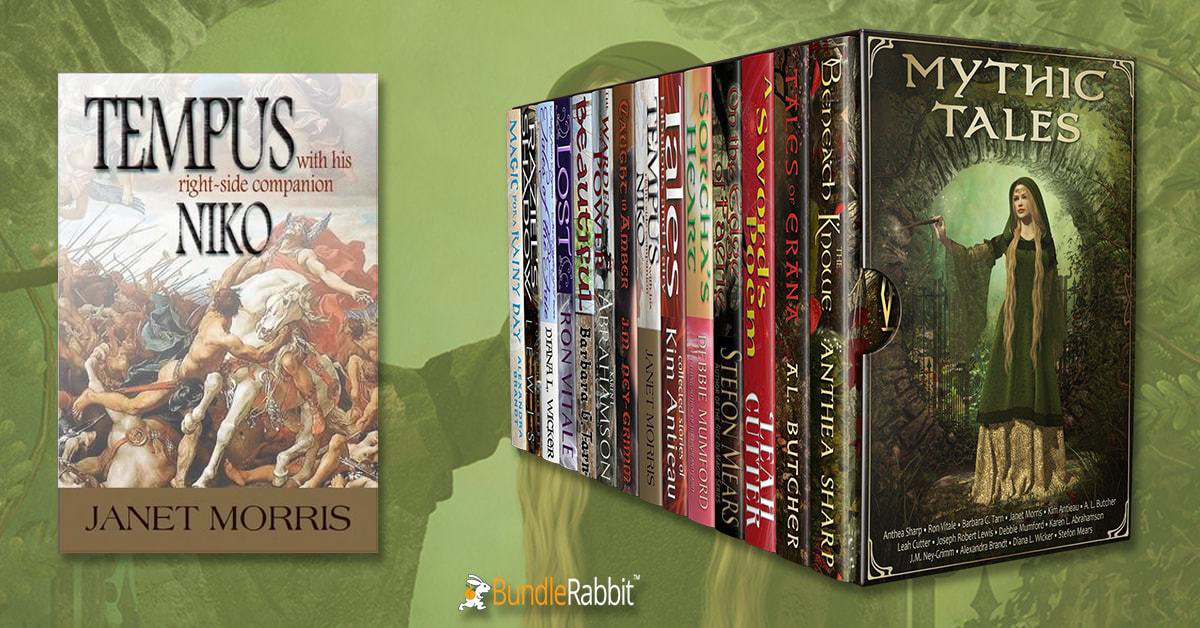