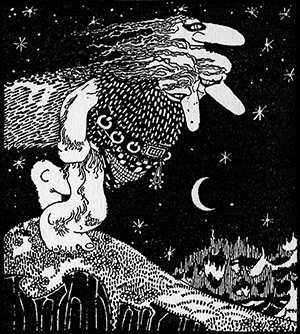 Given that The Troll’s Belt is essentially a retelling of Hansel and Gretel—albeit with a good, strong twist—you might imagine that the fairy tale was my inspiration. Oddly enough, it wasn’t!

My starting point was a blue belt featured in one of the Norse Folk tales collected in East of the Sun and West of the Moon.

I could see that blue strap of leather with its ornate buckle so clearly in my mind’s eye, along with the young lad who found it, picked it, and put it on.

Here’s the opening of the folk tale.

Once on a time there was an old beggar-woman, who had gone out to beg. She had a little lad with her, and when she had got her bag full she struck across the hills towards her own home. So when they had gone a bit up the hill-side they came upon a little Blue Belt which lay where two paths met, and the lad asked his mother’s leave to pick it up.

“No,” said she, “maybe there’s witchcraft in it;” and so with threats she forced him to follow her. But when they had gone a bit further, the lad said he must turn aside a moment out of the road; and meanwhile his mother sat down on a tree-stump. But the lad was a long time gone, for as soon as he got so far into the wood that the old dame could not see him, he ran off to where the Belt lay, took it up, tied it round his waist, and lo! he felt as strong as if he could lift the whole hill. 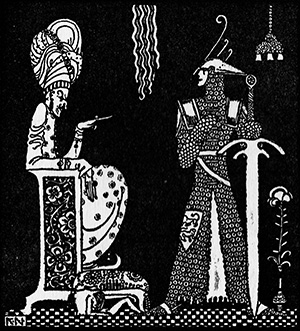 The folk tale continues from there in an elaborate sequence of events featuring betrayal, lions and man-eating horses, a princess, a dancing bear, and the King of Arabia.

My own story goes in an entirely different direction. I didn’t want to simply retell The Blue Belt. The Blue Belt is a cool narrative, but I was getting to know my character Brys Arnsson, and I wanted to tell his story.

Brys lives in my North-lands, so it seemed clear trolls—or, a troll—would be involved. From there, my muse swept me away.

I’m not going to say much more, just in case you are reading this post before reading The Troll’s Belt instead of after. But I’d love to chat more about it in the comments. That way any spoilers can be easily avoided by those who wish to.

I will note that the belt of the folk tale is described as “little,” whereas the belt of my story possesses quite a thick strap of leather. Additionally, the folk tale’s belt is tied about the waist; mine has an ornate buckle. And, of course, Brys’s sole parent is his father rather than his mother.

So there are differences from the get-go. The Blue Belt inspired me, but didn’t constrain me.

Have you read The Blue Belt? What did you make of it? It’s the only story in East of the Sun and West of the Moon that names a specific geographic region of our world—Arabia—which seems an anomaly to me. All the others simply speak of the King and his kingdom. Why is The Blue Belt more specific?

I do find the quaint use of capitalization and italics in the folk tales to be quite charming—the King, the Belt, the Horse, the Troll, and so on. It would drive me wild in a novel (or even a novella), but as part of the authentic voice of the Norske Folkeeventyr, I love it.

For more about The Troll’s Belt, see:
The Writing of the Belt 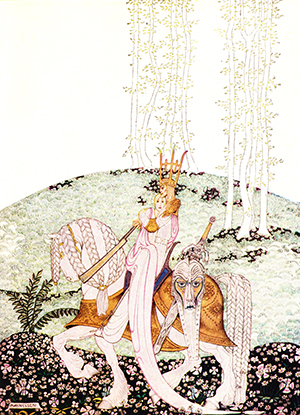 I created the first map for my North-lands right after I wrote Troll-magic. I remember immersing myself in the feeling I had for the world, and the different moods and geographies that seemed in my mind to go with each culture, and then attempting to draw coastlines and rivers and mountains that matched my very subjective experience of the place.

It wasn’t easy at all, but it felt right. And I did manage to achieve a result close to what I wanted.

The Tally Master is set roughly 2,000 years before Troll-magic. While a few rivers have changed their courses, the basic topography of the landmass remains the same. Human elements, such as nations, fortresses, and cities – and, especially, the names for the various regions – are markedly different, of course.

I knew I wanted to include a map in The Tally Master and that I could not use the one from Troll-magic. I would need a new one!

But I like maps and drawing maps, so creating the new one was a pleasure and a treat. 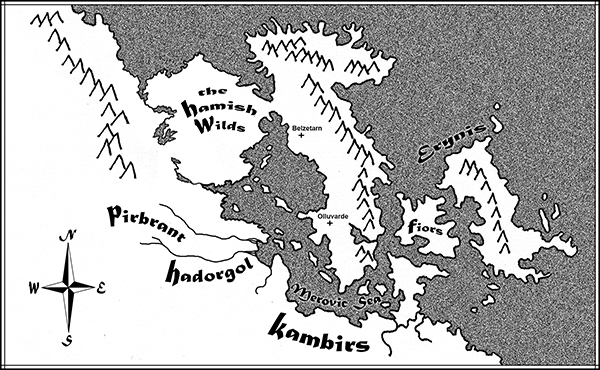