Two huntsmen wound the beast at the throat and shoulder, while a nobleman gives the death blow from behind with his sword.

The mort is sounded by a hornsman, signifying the demise of the beast. Beyond the hornsman, we see another vignette in which the body of the unicorn is bought to the lord and lady at the castle gate.

I’d always understood that wild boar were particularly dangerous adversaries (and they are), but apparently stags were even worse.

Thus Gaston Phoebus, in his Livre de la Chasse, quoted a popular saying: “After the boar, the doctor, and after the stag, the bier.” 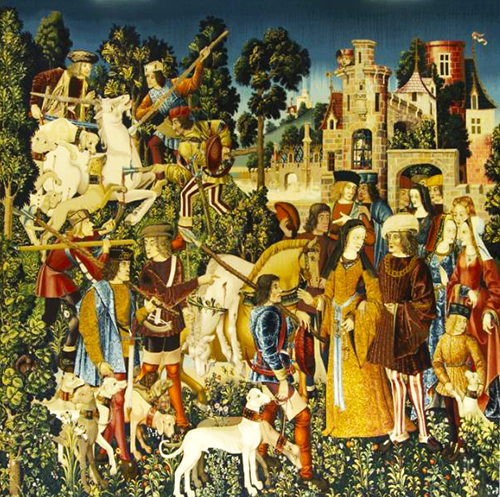 Judging from what I learned of stag hunts, the hunting of a unicorn would be a lengthy and grueling affair. The unicorn would run fast and far, would fight when brought to bay, and then run again.

This led me to research what the effects of such a chase might be, which in turn brought me to learn about the respiratory system of the horse, which is extraordinary and extraordinarily efficient.

The length of time for which a horse can gallop is directly tied to the amount of oxygen he can take in. In studies on treadmills where a horse was given enriched air, he did not fatigue as early. Air is everything.

Just how much air do a horse’s lungs move? A lot.

During the course of a 5-furlong race around a racetrack, a horse will have moved six bathtubs worth of air through his lungs. And the rate of flow for the moving air—in and out of the lungs—is 64 to 79 liters per second.

Then realize that the blood pressure in the lung blood vessels of a galloping horse is four or five times higher than the resting pressure. And the lung membrane between air and blood is only 1/100th the width of a human hair. 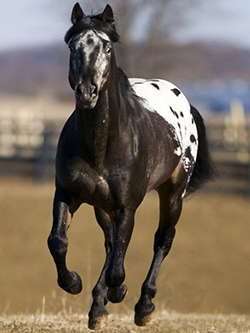 This is why many racehorses experience pulmonary hemorrhage after a race! And I’m certain the unicorn in my story did as well.

The other physical symptom I wondered about was lather and sweat. Why do so many horse stories speak of horses working up a lather?

Unlike that of humans, horse sweat and horse saliva includes a component called, fittingly enough, latherin. Its purpose is to allow the horse’s sweat to flow through the horse’s hairy waterproof coat from the skin to the air, where it can evaporate.

Without evaporation, the sweat would not the produce the cooling which is so necessary. 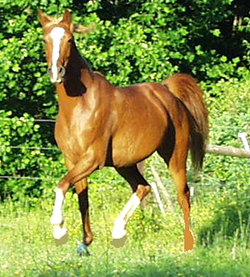 And the latherin which facilitates evaporation also produces the foamy froth seen on the hide of an exercising horse, especially where something rubs, such as the reins on the neck or the bit in the mouth.

I loved learning these details, which I found fascinating!