Last week I heard from my second reader. What she had to say about The Sovereign’s Labyrinth made me very happy. 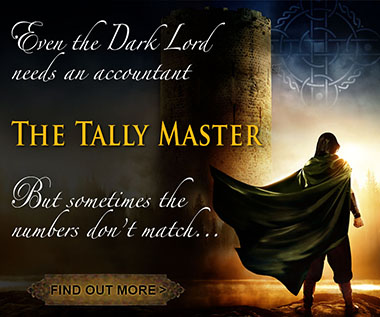 She found the story gripping, so much so that she couldn’t slow down enough to develop much in the way of feedback. She just kept turning those pages as fast as her fingers could move and her eyes could read, because she had to know what happened NEXT!

This was excellent news, because the most serious flaw in the first draft was its slow pace. I felt fairly confident that I’d fixed that with my revision, but one never knows for sure until the reader pronounces. The reader is queen! 😉

Now, no need for you to worry about a rushed job by my second reader. She is going to read through the manuscript a second time so that she can give me detailed feedback with which fine-tune the book.

Indeed, this book is getting extra care, since my first reader was intrigued enough by what I said about my revisions that she wanted to read the story a second time herself—to see what I had changed and how.

She’s roughly a quarter way through, and she’s liking it. She said the opening was just as gripping as the first time round, but that the slow patch after the opening is gone, gone, gone. Yay!

I expect to get detailed feedback from both first and second readers in a couple of weeks. I’ll make any changes required, and then send the manuscript off for proofreading.

I’ve already ordered the cover from my cover designer!

The bottom line? The Sovereign’s Labyrinth is coming along very nicely, and I’m excited about it.

I will confess that I’m not quite satisfied with the title, and I plan to do some brainstorming to find something better.

I’m celebrating the progress by posting a scene from The Tally Master every Wednesday. The Tally Master is the first book of the Gael & Keir adventures; The Sovereign’s Labyrinth is the second.

If you’ve not yet read The Tally Master, take a peek at my Wednesday posts. I hope you’ll like what you see!

The first scene appeared this week on September 11. Here’s the link:
The Tally Master, Chapter 1 (scene 1).