For over a century, from the 1860’s to the 1960’s, common wisdom said that eating too much bread and too much dessert would make you fat.

What caused us to change our minds?

Is it really true that pasta and cereal are the health foods we currently believe them to be? 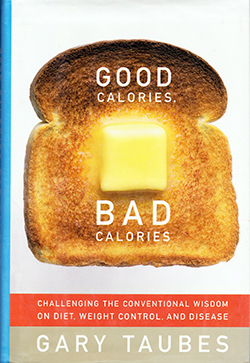 Gary Taubes chronicles in Good Calories, Bad Calories how this sea change came about and how very little of it stemmed from solid research.

The story starts with Ancel Keys, who ran the Laboratory of Physiological Hygiene at the University of Minnesota. According to Keys, his lab would “find out why people got sick before they got sick.”

It was a praiseworthy intention, but what is it the adage says about the road to a very hot place? It’s paved with praiseworthy intentions. And Keys’ abilities as a scientist were questionable: he was wrong more often than he was right. Despite that, he possessed great strength of will and a desire to make things happen, no matter how unpleasant he had to be to do it.

Keys’ epiphany occurred in 1951 in Rome. A colleague from Naples stated that heart disease in Naples was not a problem. There was little of it. Keys visited the city to investigate this alluring circumstance and concluded that the general population was indeed free of heart disease, but not the rich. While dining with wealthy acquaintances, he noted that their table featured hearty meat sauces, parmesan cheese, and roast beef. In contrast, the tables of the Neapolitan workers were spare, lacking the meat that was so expensive in the post-war years.

Keys pushed this doctrine relentlessly. He was in a good position to do it, endowed with plenty of prestige and clout. His scorn for research results that challenged his could do real damage to a colleague’s career. When his own research results challenged his belief, he cited “conflating” factors that had yielded the unexpected result.

Keys made a fatal error. Good science starts with a hypothesis, with a question. Is it possible that this is true? Next comes carefully designed research to test that question. And, usually, after that, new questions related to the original, along with yet more research. Really complex questions – like those of diet and metabolism – can take decades and the work of a generation of scientists to understand. Only then may a conclusion with a fair degree of accuracy be reached.

Keys started with his conclusion!

That’s a recipe for bad science, but Keys followed it with passion and dragged all of us along with him.

What Keys missed on those wealthy Neapolitan tables: the ice cream and the pastries. Just as expensive as meat in post-war Italy was sugar, and the working class didn’t have it.

There were resisters to the dietary-fat-equals-heart-disease creed. And there was a significant body of evidence against it.

Some of the most compelling evidence came from the doctors working in missionary hospitals in the late 1800’s and early 1900’s. These men treated native populations for decades and were poised to observe what happened when the foods of civilization arrived and spread. The process was remarkable wherever it transpired.

Albert Schweitzer arrived in West Africa in 1913. The conditions he treated initially were overwhelmingly those of communicable diseases and infections: malaria, sleeping sickness, leprosy, tropical dysentery. There were no cases of cancer. But as the forty-one years he spent there rolled by, cancer victims began to appear and grew ever more numerous. 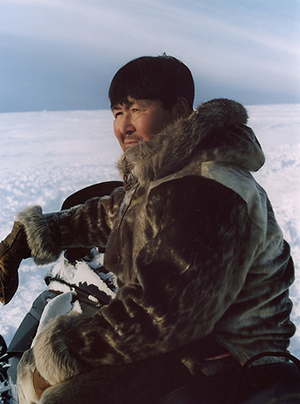 Samuel Hutton in the arctic in 1902 had a similar experience. He treated Inuit patients, and they fell into two categories. Those eating the traditional Inuit diet of primarily meat and fish, had no appendicitis, no asthma, and, most strikingly, no cancer. Those who had adopted the European “settlers’ diet” – tea, bread, ship’s biscuit, molasses, and salt fish or pork – suffered all the European maladies and more, being more prone to scurvy and fatigue, lacking robustness, and birthing children who were “puny and feeble.”

Many other physicians of the colonial era in other spots of the globe witnessed this same transition. An isolated native population displayed amazing health and vigor. Then the foods of civilization arrived, inevitably including carbohydrates which could be transported around the world without spoiling during the journey or being eaten by rodents: sugar, molasses, white flour, and white rice. As the new foods were incorporated into the native diet, the “Western diseases” would appear: obesity, diabetes, heart disease, high blood pressure, stroke, cancer, dental cavities, appendicitis, ulcers, gallstones, and more.

Taubes carries his readers through this more distant history and then up through the research of the last half century on heart disease, diabetes, and obesity. He intersperses the dry science with more entertaining anecdotal nuggets. 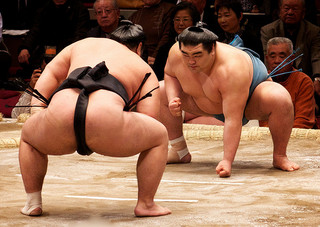 One such gem is the diet of the sumo wrestlers of Japan in 1976. The wrestlers comprised two groups: the elite and a less accomplished lower echelon. The elites ate 5,500 calories a day of chanko nabe, a pork stew. The stew was both very high-carb (57% of the calories) and very low-fat (16% of the calories), yet the young men weighed over 300 pounds. Wrestlers in the lower echelon consumed 400 fewer calories, but their diet was even higher in carbohydrates and lower in fat: 80% and 9%, respectively. They weighed the same as their elite colleagues, but were significantly less muscular and more fatty. Could it be the carbs that made the necessary over-consumption possible?

From research on disease, Taubes passes on to research into “unusual” diets, where the tenacity with which the researchers cling to certain myths causes them supreme frustration. Why did subjects eating 800-calorie diets of fat and protein feel satiated, but then grow ravenous when 400 calories (of carbohydrates) were added to their daily rations? Why did obese patients eating 2,800-calorie low-carb diets of fat and protein lose weight, while those eating 1,200-calorie low-fat diets not lose weight?

“It is better to know nothing . . . than to keep in mind fixed ideas based on theories whose confirmation we . . . seek, neglecting meanwhile everything that fails to agree with them,” wrote Claude Bernard in An Introduction to the Study of Experimental Medicine. Indeed!

In addition, when insulin is present (signaling that glucose is present), the body packs any extra calories away as fat. As people age, the sensitivity of fat cells to insulin grows. It takes ever less insulin to trigger the fat cells to fill with more fat. Part of this fat-packing process is the creation of triglycerides (a proven risk factor in heart disease). Cardiologists, are you paying attention?

Worse, fat cells stay sensitive to insulin long after muscle cells become resistant to it. This means that when the muscle cells stop taking in glucose, the fat cells take in even more (glucose transformed into triglycerides). Obesity specialists, are you here?

Unfortunately, insulin resistance is measured on a whole-body level. And carbs temporarily make fat cells (but not muscle cells) more sensitive to insulin. So high-carb diets seem to temporarily relieve diabetes. Thus they are recommended for diabetics. But over the long term, the high carb diet increases the insulin resistance of even the fat cells, and the diabetes worsens. Plus the temporary illusion of diabetic improvement comes at the cost of greater obesity. 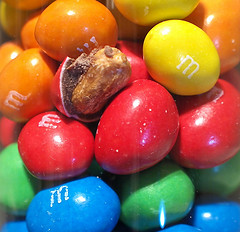 As funding for research projects, laboratories, and entire academic centers shifted to the food and pharmaceutical industries, good unbiased research grew harder to pursue. How can researchers consulting for the makers of Coke®, M&M®’s, and Kraft crackers possibly look honestly into the effects of sugar and high-fructose corn syrup and white flour? It is “scientists” such as these who routinely declare low-carb diets to be mere fads.

Taubes states near the end of Good Calories, Bad Calories that when he began work on the book, he had no idea that it would change everything he believed about nutrition and health. He believed the modern conventional wisdom along with the rest of us. Then he set out on his trail of investigation, trying simply to follow the facts, and learned that there were precious few supporting said wisdom.

He concludes that the “exchange of critical judgment” necessary to science is nowhere to be found in today’s “study of nutrition, chronic disease, and obesity, and hasn’t been for decades.” Today’s researchers in these fields may call themselves scientists, but they are not. They borrow the authority and the terms of science when they communicate to the public, but the beliefs they communicate merely masquerade as such. Their entire enterprise functions as a cult.

Taubes’ hope is that his book will start public discussion about the nature of a healthy diet that includes questions about the quantity and quality of the carbohydrates it contains. And with questions might come a call for honest research.

Taubes’ investigations turned his own ideas on nutrition upside down. As I read his account, my ideas flipped upside down. I urge you to read Good Calories, Bad Calories yourself and see if it turns your paradigm topsy turvy!

If what Taubes reports is true (and I think it may be), there’s a vast array of better choices open to us all!

For more posts on my continuing nutritional education, see:
Thinner and Healthier
Yogurt & Kefir & Koumis, Oh My!
Butter and Cream and Coconut, Oh My!
Why Seed Oils Are Dangerous