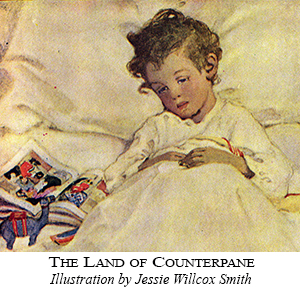 That title refers to me, not Helaina, the character in my novel, Troll-magic. It happened three winters ago, when my children were coughing up a storm. We’d all caught colds, and theirs turned to bronchitis. Oh, but they were miserable. I suppose I should have taken them to the doctor, but they’d been ill only a few days. It was too early for antibiotics. So my husband and I tried the usual things: sitting them in a steamy bathroom, offering mugs of warmed milk, holding them and patting their backs, and pushing gallons of over-the-counter cough medicine. (Well, not gallons, but you know what I mean.)

Then I read an article in the health newsletter we subscribe to. Research had definitively proven cough medicine to be completely ineffective. Well, I wasn’t surprised. It was doing nothing for my young twins! But, now what? The answer, surprisingly, came from Troll-magic.

In Troll-magic, Helaina nish Bayaude is a noblewoman of Auberon. She’s also an apprentice herbalist. She studies under a wisewoman who lives in a cottage on the moors near Helaina’s home.

The reader meets Helaina shortly after a curse transforms her into a ghost and whisks her away to an enchanted palace. Magical obssession forces her to work as a chambermaid, dusting and scrubbing floors and straightening knickknacks.

Bewildered and overwhelmed, she surrenders to the demands of her situation until a north-bear staggers through the front door, wild and raging. Fear impels Helaina to stop acquiescing and to start controlling her own fate. She doesn’t have a lot of choices, but she does remember the plant lore she’s been laboring to acquire. She decides to concoct an herbal remedy for her ghostly affliction.

Her knowledge (plus my own lack of same) and her decision meant that I had some research to do. I’m no herbalist, but I had sense enough to know that “winging” this wouldn’t produce the result I wanted. I took myself to the library and checked out The Complete Medicinal Herbal, The Herbal Medicine Cabinet, Magic and Medicine of Plants, and Aromatherapy: The Complete Guide.

One of these titles featured beautiful color spreads with photographs of each ingredient (both on the plant and prepared as a powder) plus the final salve or tincture made from the plant. All the books described the symptoms alleviated by each plant part and which systems of the body received benefit from it.

Since these were western herbals, and Troll-magic‘s system of magic is inspired by eastern ideas, I didn’t find the one-to-one correspondence I was naively hoping for. But continued probing uncovered patterns of calm and soothing versus energizing. I began to see how I might map the effects of the remedies onto the radices that control energy flow within the bodies of my North-land denizens.

Eventually I created two lists: one of herbs likely to help Helaina with her accursed plight, the other, those that would worsen it.

I think most of the ingredients in Helaina’s final and successful remedy are mentioned in my novel. But I’ll share them here. 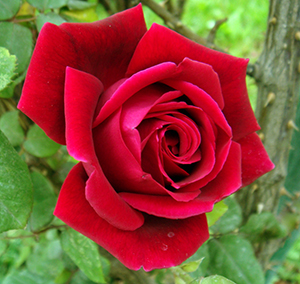 Remember that this is fantasy! Don’t borrow Helaina’s remedy (which is externally applied, by the way) for yourself. My research was aimed at devising a plausible recipe for the magical (and fictional) ailment that troubled my character. Nothing more.

In the course of my herbal reading, I did stumble upon a very simple remedy for cough. Which I recollected after learning that commercial cough medicines are useless. It was made of two foodstuffs – and seemed so innocuaous that I determined I would try it on my hacking, sleepless 7-year-olds.

My son and my daughter were enthusiastic about the honey, less so about the sour lemon. But I got a dose into each of them. And then? 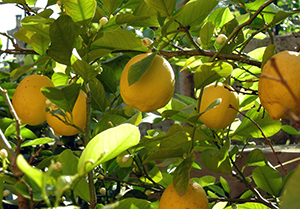 For half an hour straight, there were no coughs. Not a one. That was long enough for them to fall asleep. Once asleep, they stayed asleep for four whole hours. Wow!

They each needed another dose when they awoke sometime after midnight. We went through a lot of lemons and an entire jar of expensive raw honey. But it was worth it!

For more about the world of Troll-magic, see:
Who’s Who in Troll-magic
Families in Troll-magic
Bazinthiad’s Fashions
Bazinthiad, A Quick Tour of the City
Magic in the North-lands
Magic in Silmaren
Radices and Arcs
Mandine’s Curse
The Suppressed Verses
Character Interview: Lorelin
What Happened to Bazel?