I love Alex Butcher’s trolls! They are so exactly the opposite of mine.

Mine possess aching bones and sore joints, along with enlarged ears, curved and lengthened noses, reddened watery eyes, sagging skin, twisted thumbs, and hunched spines. Even worse than the physical deformities is the progressive madness that compels each to destroy all that is good in the world around him or her.

My trolls come into being when a spellcaster in my North-lands forces too much power into a spell, ripping the energetic lattice within his or her being and bringing troll-disease in the wake of this destruction. Greed or hubris or simple desperation—nothing wholesome—lies at the roots of troll-disease. 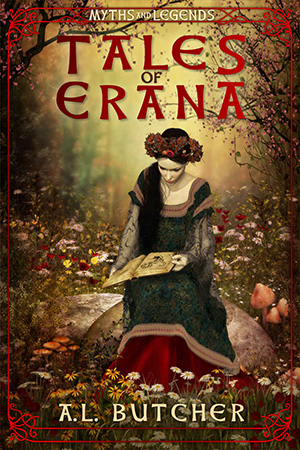 But in Alex’s magical world of Erana, the troll kind are shapechangers, seers, and oracles who dwell in the secret fastnesses of the mountains and worship the beauty of nature. The gods walk among them, and they are faithful and wise.

One of three mortal races—elves, humans, and trolls—the trolls of Erana are strong and comely. In “The Tale of Treyna the Beloved” (a short story in the collection Tales of Erana) Alex gives this description of the troll daughter Mira:

“A child, golden-haired and dark-skinned stood with her grey eyes wide at the magnificence of the world. Small twisting horns poked from her bright curls and her small mouth creased in wonder.”

I can see her in my mind’s eye, small and sturdy with her face full of reverent awe, her golden curls contrasting with her velvety dark skin, her horns forming a delicate coronet.

I wish I could visit her mountain meadowland and play tag with her!

Tales of Erana is one of the fourteen titles in the Mythic Tales bundle. So if you share my yen to visit little Mira . . . well, you can’t visit her, of course, but you can read the legend of Treyna as her grandmother tells it to her. 😀 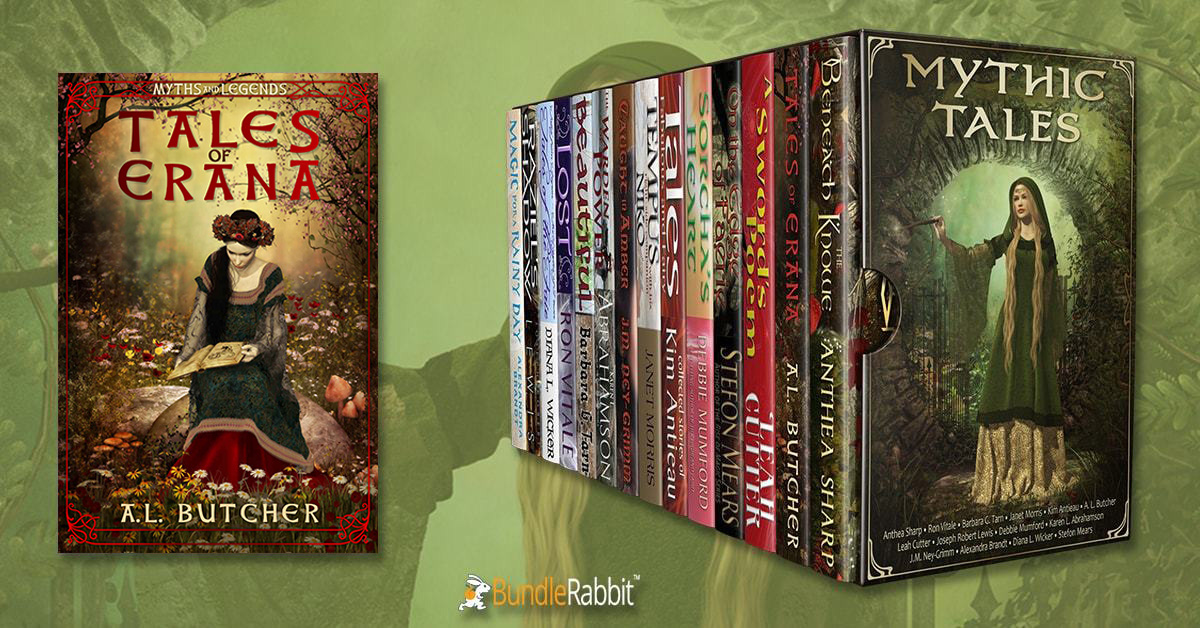 To pique your interest yet further, Alex has interviewed the protagonist of “The Moon on the Water” (another story in Tales of Erana). Acionna is a goddess born of rock and running water and snow.

Which book/world do you live in?

I live in the Jagged Peak mountains, they are in the world called Erana by those who live there. I am in a book? I know of books and lore. Then am I not real? – I feel real, and the mountains around me seem real. Is it, perhaps, that I am real here, and you are the myth, you are the imaginary?

Tell us about yourself: (Name, race/species, etc.)

I am an ancient elemental, a Goddess to some. Born of the mountain, and the pounding waterfalls when the world was young and the magic free. It was so long past I could not tell you how many years or centuries of your time. Once there were many of my kind – creatures of magic and wild places but the magic was chased away, corrupted and sickened and many of us fell, or hid, or faded. Now I am a myth, a legend told around the fire and a drop of blood here and there in lineages old and noble. The Plague came and everything changed. The land changed, the magic changed.

I’m an adventurer – why should I recruit you to accompany me?

I have had my adventures, I have warred, and lost all save myself. I have walked the mountain paths and fought with monsters and men who would seek to kill every last trace of magic. Why should I wish to adventure again?

If I were to consent I would bring you elemental magic, of the oldest sort. The Power of the elementals, the Power of nature and the furious waters and mighty peaks.

Tell us about your companions?  How do they see you?

I have none. My mate is long dead, now nothing but a statue and even I cannot undo the curse. My daughter is gone, fallen to wicked magic and I walk these peaks alone. Sometimes the trolls come and bring offerings but they see me not. For I know now that mortals and immortals should not mix.

For Acionna’s views on the future, the past, heroism, and her most grievous mistake, I urge you to visit Alex’s website, where the whole interview is present. Here’s the link: